Actress Julia Barretto finally revealed the secret to her rock-hard abs in her latest vlog post on Sunday, December 3. 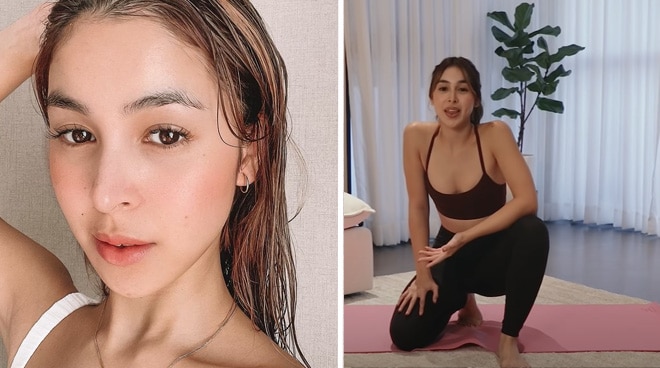 Actress Julia Barretto finally revealed the secret to her rock-hard abs in her latest vlog post on Sunday, December 3.

Granting the wish of her fans, Julia, 23, shared her ab workout.

"Finally, we are doing it. I have been getting a lot of messages about my ab workout routine. Since last year you guys have been requesting for this, and today, we are finally sharing it with you guys. Pero, kailangan may honest time muna tayo," she began.

"Nakakailang months na rin since my last intense workout because life happened. But at the same time, that's not an excuse because despite life happening, dapat nakakahanap tayo ng time para mag-exercise and to take care of our physical health. But as for me, dahil nga hindi pa ako nakakapag-workout the same way na nagwo-workout ako before, this is my way to make up for it," she said.

She recommended doing three sets of the workout for at least thrice a week to achieve great results.

"It's simple, it's quick, and it's something you can do every day at home with just your mat," she said.

As of this writing, Julia's ab workout video has been viewed for more than 83,000 times.