WATCH: Bea Alonzo answers web’s most searched questions about her

Bea Alonzo took some time to answer the web’s most searched question about her in a new vlog. 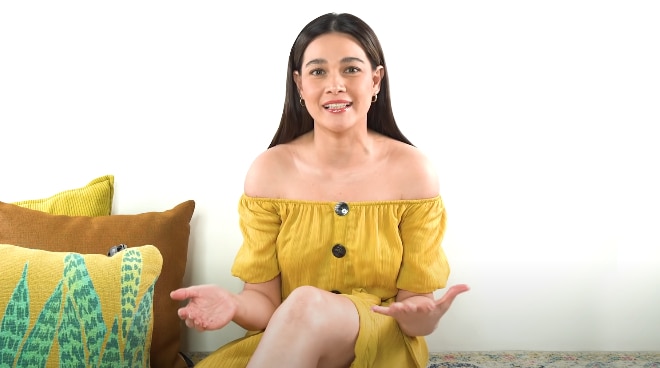 Bea Alonzo took some time to answer the web’s most searched question about her in a new vlog.

While most of her fans know about how she started in showbiz, the 33-year-old went on a trip down memory lane to talk about her humble beginnings as she answered a question about how she discovered.

Although it was at a beauty pageant where she got first noticed, it was inside an elevator at ABS-CBN’s Talent Center where former Star Magic Head Mariole Alberto asked her to try and join showbiz.

“I was discovered in a beauty contest. Nakakahiya. I joined this contest in Pasig called Mutya Ng Pasig, Binibining Santolan back in 2001 and then one of the judges there was Mr. Oscar Peralta,” she said.

“He is a designer and best friend niya si Archie Ilagan who became my manager. And then he made me audition sa ABS-CBN Talent Center pa nu’ng time na ‘yun. Hindi pa Star Magic,” she added.

“Nakasakay ko sa elevator si Ms. Mariole Alberto and she asked me if I wanted to audition and the rest is history,” she continued.

Meanwhile, Bea Alonzo also talked about “Four Sisters and A Wedding” which she considers as a special project to her.

“This is a special project for me because it like became a cult favorite. Hanggang ngayon maraming memes about it. Parang most memeable ata na pelikula ito,” she said.

Admitting that she didn’t expect the film to go big, she said: “Sa totoo lang, at that time, we didn't know it would be this big — bakit ngayon nagkaroon na ng Four Sisters Before The Wedding, the prequel of “Four Sisters and a Wedding.”

“It occurred to me that I was a real Bobbie. So nakarelate talaga ako totally sa character ni Bobbie,” she added.

Other questions asked about Bea include when she is getting married and other milestones in showbiz.

Meanwhile, Bea Alonzo herself confirmed that her reunion project with John Lloyd Cruz is still pushing through this year.

“I will be doing a reunion project with him this year and I can’t wait to share with you guys what it is about. It will be a reunion project between me, John Lloyd and also Direk Cathy (Garcia Molina) and Carmi Raymundo,” she said.

Bea added that she will also be doing two other movies including one with Alden Richards and another with director Erik Matti.