Stevie Eigenmann described Ellie as someone who is “mature” for her age. 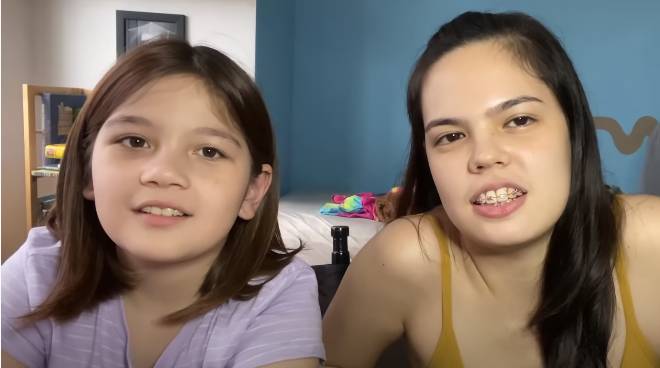 Andi Eigenmann’s half-sister Stevie did a question and answer vlog with Ellie, mostly answering questions about how close they are as aunt and niece.

Unknown to many, Ellie has developed a closeness unlike any other with her aunt Stevie.

While Ellie did not reveal who her favorite aunt or uncle is, it seems Stevie is among those at the top of her list.

“I like it when I’m like ‘Let’s do this or that’ and she’s like ‘Okay, let’s do it’,” Ellie said, revealing her favorite thing about Stevie.

Apart from playing board games, Stevie said she like talking about life and everything in between from time to time with Ellie, whom she described as “mature” for her age.

With Ellie moving back to Siargao soon with her family, Stevie shared what she will miss the most about her niece.

“Seeing them almost every week. I think my Sundays are gonna be so boring now that I won’t be able to look forward to seeing them,” Stevie said.

She added: “But I’m really excited for them to go to the beach because everybody needs to get out of this city, too, right?”

Promising Ellie that she’ll visit Siargao soon, she said: “After your mom gives birth, when you guys go back when gives birth we’ll go na with her.”

Sharing her advice for Ellie, she said: “My advice for Ellie is to keep doing what makes you happy. Cheesy. But just be yourself and don’t let anyone take away your sunshine.

“Don’t let people stop you or judge you. My advice is not to read the comments section [on social media],” she added.