Actor-singer Ian Veneracion posted a cryptic message on his Instagram account following rumors linking him to his co-star Sue Ramirez. 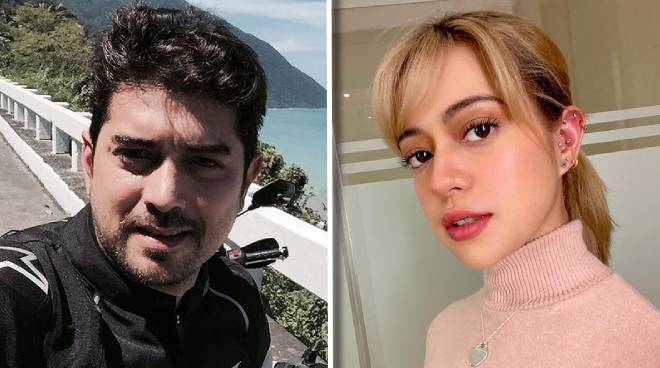 Actor-singer Ian Veneracion posted a cryptic message on his Instagram account following rumors linking him with his co-star Sue Ramirez.

"I don’t want to normalize people exploiting our personal lives for their entertainment,” said Ian in a text image he shared on Wednesday, January 27.

“I don’t need to defend myself from the lies of perverts.”

In the caption, Ian wrote, "Once upon a time I was pissed," before adding the hashtag #HappilyMarried.

Ian, 45, has been married to his wife, Pam Gallardo, for 23 years. They have three children together, namely, Draco, Deidre, and Duccio.

Sue's boyfriend, Javi Benitez, earlier defended the actress from the allegations, which began when PEP.ph published a "blind item" claiming that a handsome actor is separated from his wife and is having an affair with a beautiful starlet whose beau comes from a prominent family.

Atty. Joji Alonzo, one of the producers of the TV5 sitcom Oh My Dad!, where Ian and Sue play father and daughter, echoed this, saying: "There is absolutely nothing going on between Ian and Sue."

Aside from rumors romantically linking her to Ian, Sue recently became the talk of the town when a photo of her and fellow actress Maris Racal, edited to make them both appear naked, circulated online.