‘Yellow Rose’ director Diane Paragas talks about the challenges of producing a Filipino film in America. 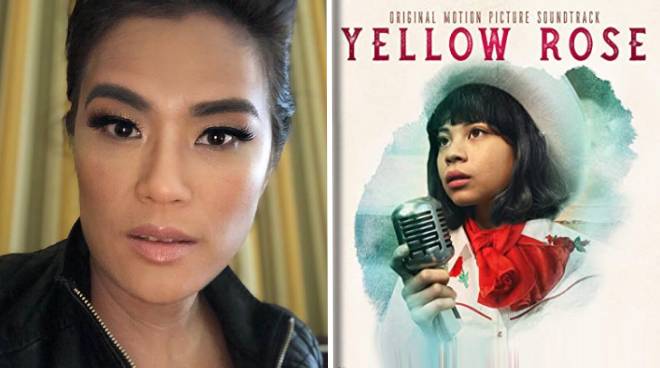 With her film Yellow Rose finally coming to the Philippines starting January 29, Filipino-American director Diane Paragas is looking forward to sharing her film with the country through different streaming platforms like iWanTFC, KTX, Cignal, and SkyCable.

“I’ve been waiting for this day for a long time. As much as it is an American film, it definitely is a Filipino film and I’m just really excited for people to see it there. It’s been many, many years trying to get this thing made so this is a big moment for me to have this film come out to our Filipino people and it feels like coming home. It’s a story of hope. It’s a story of perseverance and it’s a story about music. So it’s a quintessential American story and a quintessential independent film that has a Filipino cast so we hope you give it a chance,” she shared.

During the Yellow Rose presscon held last January 25, Diane said she was inspired to write the film based on her own experience growing up in the US.

“It was a difficult upbringing. I grew up in a small Texas town where the story came from and I definitely felt like I didn’t belong. I had different forms of racism growing up but ultimately I do love America. It’s where I grew up and that’s kind of the whole point of the film. It’s what I know and yet I love the Philippines. My brother lives there and has raised his children there. he moved to the Philippines to work for Dick Gordon and married Ali Gordon who is my sister-in-law. So he did the opposite. We were raised with a lot of pride for being Filipino and we were raised to never forget where we came from and to always be proud of it. I think the film is a reflection of that. So I don’t think so (to move to the Philippines). I think I would stay here and have more of a connection back home which I do. I go back a lot,” she explained.

Describing her film as similar to another country music film A Star is Born, Diane said she hopes the film can give some insight on a different kind of Pinoy experience abroad.

“I am so thrilled. My brother and my sister-in-law and my nephews live there and so many of my relatives there. Everyone’s really been waiting for this film to come out. But my goal in making this film was making a Filipino-American film and so it really is a film that lives in between these two worlds and in its own world where those two meet. I think it’s just very exciting to present the film in the Philippines and I hope people will find some sympathy for those relatives and for those friends who are abroad and gain a little bit of insight into what’s going on with them there.

“There’s maybe sometimes an idealized version of what it’s like when you come to America and there is that experience. But for many, I almost might say most, it’s not what you think. But at the same time I want to keep stressing that the film is a family film, it’s an uplifting film, it’s a film that talks about the power of music and the power of empathy and the power of a community to come around somebody,” she said.

Currently working on her next film project which will also have a Filipino cast, Diane said she is most grateful to ABS-CBN for the trust and support for Yellow Rose.

“I hope to mostly have a Filipino cast. It’s set in World War II. It’s a big ambitious project so I’m hoping it’ll be a joint production and lastly I want to really thank ABS-CBN and I talked a lot about how long it took for me to make the film and only ABS-CBN was the one to step forward and give us the opportunity to make this movie. So I support what ABS-CBN is going through right now and this particular movie would not have been made without their support and without their directive of wanting to put the Filipino film on a world stage and the fact that we’ve been entered into the Academy Awards, even if we’re not alone, to be submitted by a major Hollywood studio, I hope they feel they put their money in the right place. I’m forever grateful to them and I support them wholeheartedly. And I would not have made this movie without them.”

Yellow Rose follows the story of an undocumented Pinay named Rose who dreams on one day becoming a country singer despite the threat of deportation. The film stars Broadway actresses Eva Noblezada and Lea Salonga, Princess Punzalan, and American country singer Dale Watson. Yellow Rose was co-produced by ABS-CBN Global’s Cinematografo Originals and is being distributed locally by ABS-CBN Films’ Cinexpress.