Read Vice Ganda’s message for ABS-CBN and TV5 as the two networks launched their partnership on Sunday. 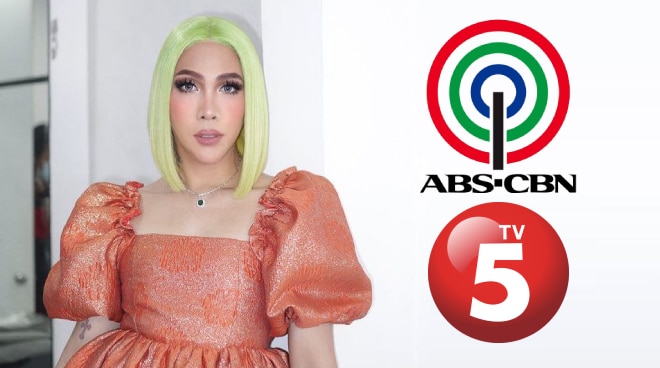 Vice Ganda extended his congratulatory message to ABS-CBN and TV5 for the new milestone that both networks have achieved upon airing ASAP Natin 'To simultaneously on Sunday, January 24.

It was also on Sunday when FPJ: Da King was aired on the Kapatid network.

On Twitter, Vice posted, "A milestone was achieved today. Grateful to be part of it! Congratulations ABS-CBN AND TV5!!!!!!  #LittleSteps #BetterDays."

A milestone was achieved today. Grateful to be part of it! Congratulations ABS-CBN AND TV5!!!!!! #LittleSteps #BetterDays

Vice was one of the stars who performed on ASAP Natin 'To on Sunday to mark the partnership.

He added, "Congratulations and thank you very much for making this milestone happen with ABS-CBN."

Vice made it to the trending topics on Sunday after his performance on the program.

"Ay may patrend pala e! O loko!!! Hayabayabayu My Little Ponies!!!!!!!" he said as he thanked his followers.

It was on January 21 when the partnership was announced between the two networks to bring ASAP Natin 'To and FPJ: Da King to TV5.

“This collaboration between Cignal, TV5, Brightlight Productions, and ABS-CBN marks the start of greater cooperation among our various industry players and begins a new era of partnership,” Mr. Galang said in a joint press statement.

READ: Vice Ganda gives a tour of his new house

“The airing of ASAP and FPJ’s movies on TV5 showcases the desires of TV5 and ABS-CBN to serve our viewers in the best way possible. We are pleased to welcome the 'ASAP' family and the films of the one and only king of Philippine movies to Cignal and TV5."

"The top-rated content, combined with Cignal and TV5's strengths in technology, direct-to-consumer distribution, and mobile and broadband reach, will usher in a new viewing experience for fans and subscribers alike,” he added.