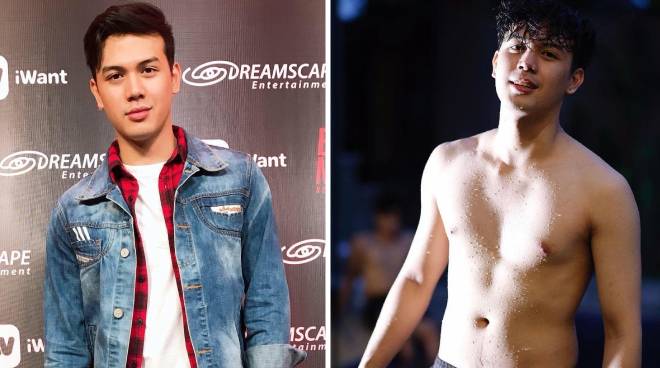 Showbiz has been quite a ride for rising actor Miko Gallardo. At 22, he is slowly carving his path in the industry and getting the spotlight.

More than a year ago, Miko joined It’s Showtime’s Bida Man, the noontime show’s search for the next leading man. He may not have been named the grand winner but the stint has surely opened doors for him to actually become a lead actor.

Noong nauso ang BL series last year (2020) bumida si Miko sa My Day The Series alongside Iñaki Torres. The romantic-comedy BL series made it to trending topics and created buzz online during its run. While rifts may have surfaced after the finale, Miko steers clear from the issues.

“It’s pretty eye-opening and there are things I understood and realized about the LGBTQ community,” pagbabahagi niya sa kanyang natutunan while working on that series. “What they are going through is not easy. It’s not a joke,” dagdag niya.

When it comes to love, the BL stint has made him learn something basic. He put it simply, “You fall in love because you fall in love. It’s as simple as that.”

For his next project, the BL genre seems to have embraced Miko so well. He is crossing over to BxJ Forever, the film adaptation of Regal Films’ 2020 BL series, Ben x Jim. Miko is thrilled to be part of it.

He shared, “BxJ Forever stars Teejay Marquez, Jerome Ponce, and other amazing artists. Direk Easy Ferrer is such a cool director and I would love to work with everyone again!”

In the movie, Miko plays the role of Bogs, a closeted gay man in a corporate job. He gave us a glimpse of his character.

“He works in a place where he cannot express or open up about his gender. You will see how he tackles obstacles and handles his genuine love for France played by EJ Jallorina.”

“My plan is to pursue both music and business this year. I also have several endorsements coming soon and another commitment, my last BL project,” lahad niya.

“That’s something I haven’t really done yet and I’m involved with mixed martial arts. My dream co-star is Jericho Rosales. He’s one of my idols and he’s a great actor,” sabi ulit niya.

In his journey to reach his goals, Miko remains focused and positive. Equipped with firsthand learnings, he chooses to respect people’s opinions but brush off negativity. He has his supportive fans to bank on.

“My fans know how much I appreciate them that before this pandemic, I used to go out and spend time with them. I celebrate and try to get to know each and every one of them,” huling pahayag ng binata.