Rica Peralejo reflects as she takes children camping amid pandemic

Rica Peralejo took her children camping to let them experience the great outdoors. 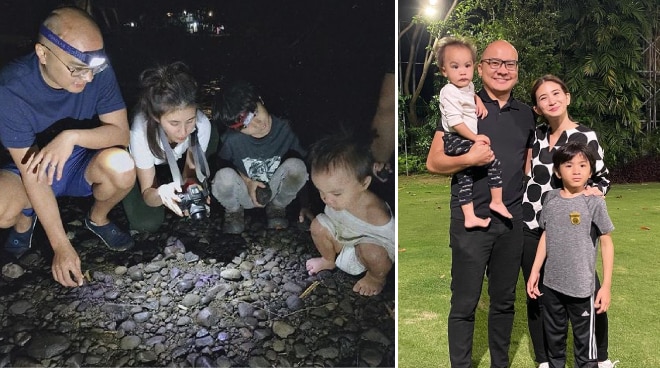 Rica Peralejo has been taking her children outdoors during the pandemic — but for all the good reasons.

With most people forced to stay indoors, the former actress decided to take her two boys outside on a camping trip to let them experience the great outdoors.

Sharing a photo of her two boys eating while sitting on camping chairs along the riverbank, Rica said she considers it one of her most favorite photos of them.

“It will be one of those photos that I’d probably revisit over and over for the rest of my life. It was their favorite granola almost finished, drinking the milk it was soaked in. This is the way they ready themselves in the late morning sun, knowing a day of stream awaits,” she wrote.

But it wasn’t just a simple family trip, rather an eye-opener for her children about the importance of family.

According to Rica, she turned emotional when one of her sons told her he’d also take his future children camping.

“One of the most precious things my son said on this trip was, ‘When I have my kids, I will also take them camping.’ I get so many things wrong in my life but I am grateful to have had children when I also happened to have already been using more of my heart and mind. I love these boys so much. #bonibros #boniboys,” she stated.

In another post, Rica shared a photo from one of their bonding moments as a family.

“We were all observing the frog. We also saw a raptor — an Osprey. Here is a better summary Philip wrote himself, when he was messaging with my sister in law from the US,” she stated.

“’In batis nang calicasan I drove a dune buggy I went camping and there was a river. And I swam and saw fish, biked, and today I picked up a dead crab,’” she continued.

Sharing what her children learned from their nature trip, she remarked: “Last night before sleeping he said, ‘You know what’s great about camping is that we don’t watch TV.’ And today as we were leaving he said that he wishes we can stay longer.”

With a lot of people getting interested in her camping trip, the 39-year-old former showbiz personality said she would try her best to be of help to other people.

“Some of you are requesting information about travel and camping. I will try to put together all that I know in a video or something so I can help all you nature-deprived families out there!  What would your questions be? Can you leave it in the comments section below? So I can take note of what to share because I really want to see families do this,” she wrote.

READ: Rica Peralejo shares how her husband taught her to be practical

She continued: “It’s been my heart since I first stepped on a mountain (and it was no less than Mt Pulag, that people can go back to the wilderness to find the quiet and rest and joyful work that God has provided through our beautiful world!”