Mariel Rodriguez appeals to netizens to stop spreading rumors about her ‘grieving’ husband. 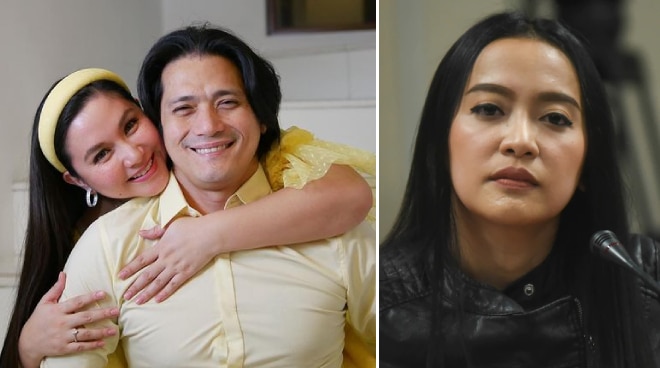 On Instagram, the 36-year-old former TV personality responded to a comment of a netizen who sought her comment about the rumors circulating about Robin allegedly impregnating Mocha.

Both Mariel and Robin are known to be strong supporters of President Rodrigo Duterte. Mocha is a Duterte appointee.

The said netizen commented on a photo of her where she flaunted her weight loss.

“Yessssss...I lost 30lbs already!!! Yaaaaay!!! Still a long way to go but getting there,” she wrote in the caption of the photo.

The rumors came after a Philippine Entertainment Portal (PEP) blind item about a controversial female personality allegedly getting pregnant by a popular actor came out on Wednesday, January 20.

Meanwhile, Mariel decided to address the rumors by sharing a photo of her “grieving” husband whose brother Royette recently passed away.

“So many people are sending me messages ... ‘checking’ on me. People are tagging me bla bla bla... let me tell you this. ROBIN’S BROTHER PASSED AWAY. He is grieving. He has never been in so much pain all his life. He doesn’t need your baseless gossip. Namatayan ng kapatid yung asawa ko,” she wrote.

She then appealed to put a stop to the speculations at the moment because her husband is clueless about any of it.

“Please lang po. He doesn’t even know anything about all this rumor but I am putting a stop to this NOW. May oras para maging assholes now is not that time. Please,” she remarked.

Robin Padilla and Mariel Rodriguez got married in 2010. They have two daughters together, Isabella and Gabriella.