Slater Young admits he would have ‘nightmares’ because he wasn’t used to being around a lot of people. 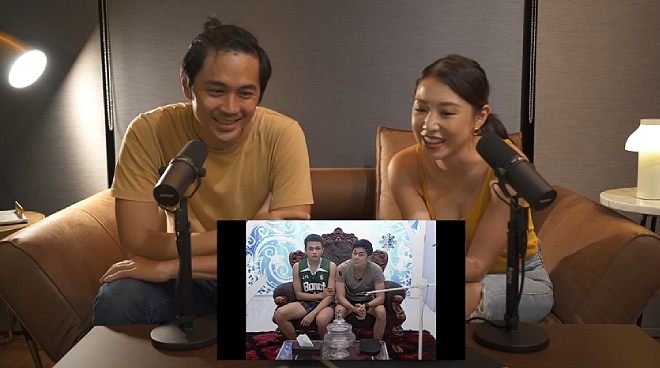 Slater Young looked back on the times he spent inside the Pinoy Big Brother house as his wife Kryz Uy watched some of his old clips from the reality show for the first time.

It may have been a decade since Slater ended his journey inside the Pinoy Big Brother (PBB) house, but the 33-year-old actor-vlogger’s memories remain vivid until today.

In a vlog released on Kryz’s YouTube channel, the Cebuana-born YouTuber admitted that she has never seen an episode of PBB before.

“I’ve never seen a single episode of PBB in my life. So this is going to be really interesting,” Kryz admitted.

Among the videos the couple watched were Slater and fellow housemate Joseph Biggel’s trip to Marinduque, the fight between Slater and Paco Evangelsita, and the Big Night which saw him won the competition.

In the said vlog, Slater revealed that he previously had nightmares because he wasn’t used to being around a lot of people.

“I have nightmares of just people because you’re not used to everyone knowing you. There’s this one time in the restaurant. It was I think my first night actually out in the real world,” he said.

Sharing what he learned from being a housemate, he said: “I know PBB is going on right now. I think online sila. But I feel like it’s a journey if you get the lucky opportunity of being one of the housemates. I feel like it’s life-changing. It’s not just about the fame, it’s not just getting money or being an artista.”

He went on: “There are so much learnings to be had when you’re in PBB. I felt like I became infinitely more open to the world, open to being a leader because in ‘PBB’ I was definitely one of the leaders and then just being more confident in yourself, being able to show everyone everything — from being angry to being sad and just being okay with it and that the world knows it.”

To which Kryz responded with: “Right. Kind of like how we do it now. We’re okay with people seeing us talking.”