Tessie Tomas, who is now residing in the UK, opens up about how she feels about her trip to the Philippines getting canceled. 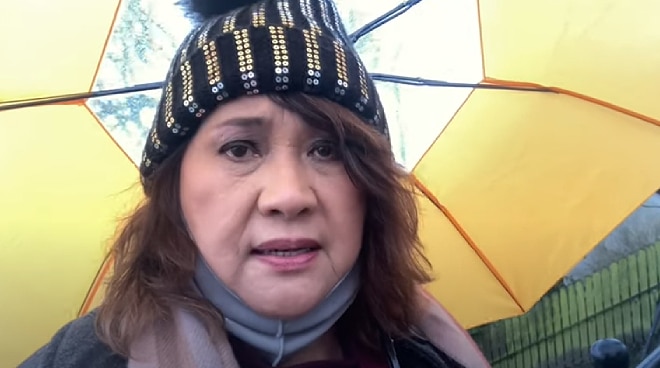 Veteran actress Tessie Tomas admitted to having felt depressed after the 21-day community lockdown prevented her from paying a visit to her ailing mom in the Philippines.

In a vlog released on her YouTube channel called TessTube, the veteran actress shared her experience during the lockdown while walking on the empty streets around her neighborhood in the Isle of Man.

According to Tessie, her current situation made her a stronger person following her experience wherein she had to endure the chilly weather in the middle of a lockdown.

Tessie went on to say that she had to store food in advance to make sure she and her husband have enough food to eat.

Admitting that she has been feeling down lately, Tessie said she finds refuge in going to Church.

One of the most highly-respected actresses in the country, Tessie Tomas is known for her many roles in both film and television including Aling Teysi, Manay Barbara Tenco, Meldita, and Amanda Pineda.

She last appeared in the ABS-CBN teleserye The Blood Sisters which starred Erich Gonzales.

The 70-year-old actress is currently living in the UK with her British husband Roger Pullin.

She has a son named Robin.