Liza Soberano organized a surprise baby shower for Janella Salvador just before she left for the UK last year. 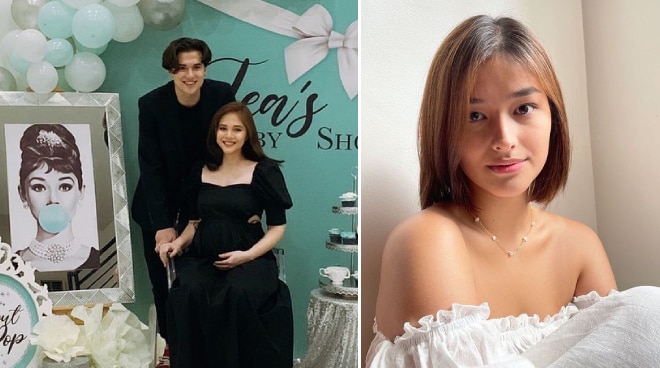 "This is an extra special post. I just wanna thank a good friend for planning and organizing a surprise baby shower for me before I left the country months ago. This was after a secret maternity pictorial I did— my team told me I was gonna do an ootd in another room and BOOM," she said.

Janella added, "I’m not very good at reactions when people surprise me in person which explains my face in the video but seeing these people who are dear to me all in one room warmed my heart and reminded me of the good in the world despite the situation. That friend is none other than @lizasoberano. Thank you. You are a gem."

It was on January 5 this year when Janella announced that she gave birth to a baby boy named Jude on October 20, 2020. Jude is her baby with boyfriend Markus Paterson.

In an interview with ABS-CBN News earlier this month, Janella shared why she chose to keep her pregnancy private.

“I wasn’t hiding it for selfish reasons. I wanted to hide it because I wanted to cherish the moment in my life, na first time ko maging mom. Iyong wala munang ingay, ‘yung may sarili muna akong moment to enjoy it," she relayed.

She commended Markus for being a great partner who has been with her every step of the way during her pregnancy.

“Markus has been really, really helpful as a father and as a partner. Emotionally, he was there to support me when I would have meltdowns. It’s really not easy," she said.

The actress added, “He would be my arms and legs, lalo na during my last few stages of pregnancy. Hindi ako makatayo, hirap na hirap na ako maglakad. Wala siyang reklamo. He would do everything for me. I couldn’t ask for more.”