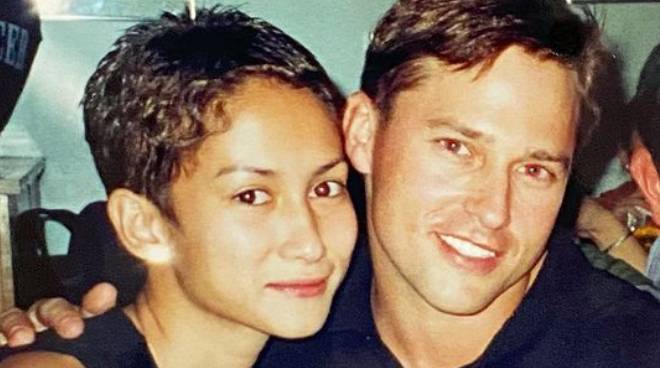 After celebrating their 18th wedding anniversary last month, Ina Raymundo shared a special throwback photo of herself and husband Brian Poturnak which marked one of the first major milestones in their relationship. The couple first met in 1999 after being introduced to each other by their mutual friend, talent manager Joji Dingcong.

In her Instagram post last January 13, Ina posted a photo of herself and her Canadian-Ukrainian husband during their first date taken in June 2000. The 45-year-old actress was still sporting a pixie cut in the couple snapshot.

She wrote, “This photo was taken on our very ‘first date’ (06.17.2000) when my h and I had the same hair.  A lot of people (especially my relatives) would comment that we looked alike and that we’ll end up together. I’m sure you’ve heard of that ‘kasabihan’ that if a couple has a strong resemblance, they’ll end up marrying each other. Must be true. ”

Ina and Brian are parents to five children named Erika, Jakob, Mikaela, Anika, and Minka. Their eldest daughter Erika Rae is following in her mom’s footsteps after signing up as a talent of Cornerstone Entertainment last September.