KathNiel to star in new series by Juan Miguel Severo 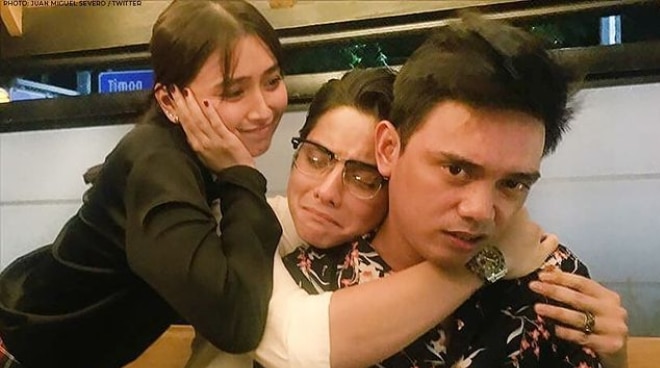 Good news for fans of Kathryn Bernardo and Daniel Padilla as the real-life couple is set to co-star anew in a series.

The two, who just recently starred in the digi movie series The House Arrest of Us by Star Cinema, will topbill an upcoming teleserye conceptualized by Juan Miguel Severo. The Hintayan ng Langit and Gaya Sa Pelikula writer teased the new project on Twitter on Wednesday, January 13.

"Panahon na naman ng pag-ibig," he said in his tweet, which included a screenshot of a draft of a pilot script, titled "KATHNIEL SERIES 2021."

The project was also confirmed by Kathryn and Daniel during a recent blog conference for The House Arrest of Us.

KathNiel, as their onscreen tandem is known to their fans, most recently collaborated with Juan Miguel for the music video of local band Ben&Ben's single "Sa Susunod Na Habang Buhay."

A target release date for the teleserye has yet to be announced. However, a new romance drama starring Kathryn and Daniel was recently confirmed as among the programs scheduled to air on free TV via A2Z Channel 11 this year.