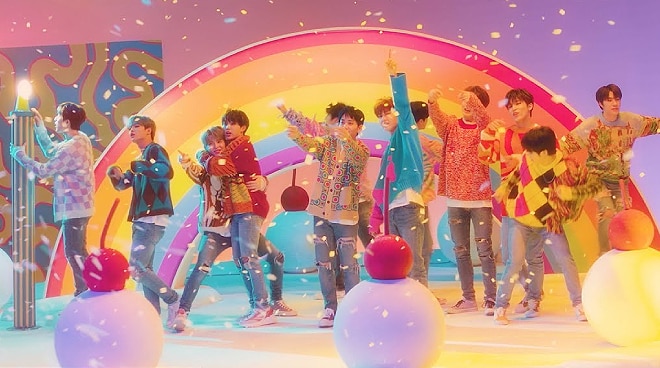 K-Pop group Treasure gave fans hope amid these trying times as they assured them that everything's going to be okay through the music video for their comeback song “My Treasure.”

Treasure has finally released its first full album THE FIRST STEP: TREASURE EFFECT. And much to the delight of their fans, the group also came out with the music video for the title track “My Treasure” — kicking off the new year with a bang.

In the music video for “My Treasure”, the 12-piece group served a warm and bright musical style accompanied by colorful visuals that are out of this world.

In an interview with YTN Korea, Treasure member Bang Yedam said he wants people to know Treasure as a group that is a “healing-dol” or “healing idol.”

“I hope that even just one person gains strength from listening to our song,” Yedam said as translated by Soompi.

Mashiho then added by saying: “Just as you gain strength from looking at the blue sky when going through hard times, I hope that you will see us and receive comfort.”

THE FIRST STEP : TREASURE EFFECT has 10 songs in the digital version of the album while it has a total of 12 songs in the physical album.

It was followed with the release of the song “I Love You” off the second part of the “First Step” series. Treasure released another track called “Mmm” from the third chapter of the album series.

Formed in 2019, the member of the group were the winners of the survival show YG Treasure Box.