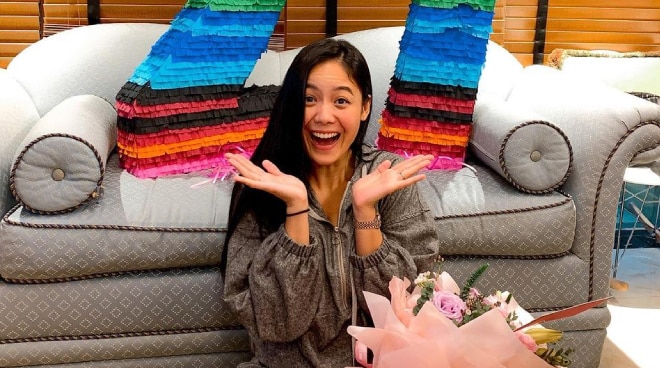 The party was organized by her non-showbiz fiancé Allan Guy and attended by Ritz's family and closest friends.

'"Loved. Blessed. Thank God for my family, my fiancé @allan_guwi , friends, supporters, and for everything! To God be the glory. This year will be big and brighter. So excited!!!," said Ritz in her post.

In a separate post, the actress expressed her love and gratitude to her fiancé for making her birthday special.

"Appreciation post for my guy. Thank you so much for always making me feel special, @allan_guwi. You really know how to make me laugh and cry at the same time. I love you so much!" she said.

Meanwhile, on his Instagram page, Allan shared his short but touching birthday message for Ritz as he posted photos from the party.

"On this day, a queen was born. My Queen! Feliz Cumpleaños @ritzazul. I love you so much!" he wrote.

"Thank you for everything. You deserve to be happy for you’re such a nice and humble person I’ll always be here for you. More blessings to come! Wishing you good health and a bright future for us," he added.

It was in June when Ritz announced her engagement to Allan via a social media post.

Previously, Ritz had told PUSH that she's happy and content with her relationship with Allan.

"Well, ang masasabi ko lang I have someone I can lean on. Parang kasing sobrang best of best friend ko siya," she said.

Ritz was last seen in the horror movie The Missing, for which she was nominated for best actress at the 2020 Metro Manila Film Festival awards night held in December.