From ‘talahiban’ to mango plantation: Bea Alonzo talks about the property she purchased in new vlog 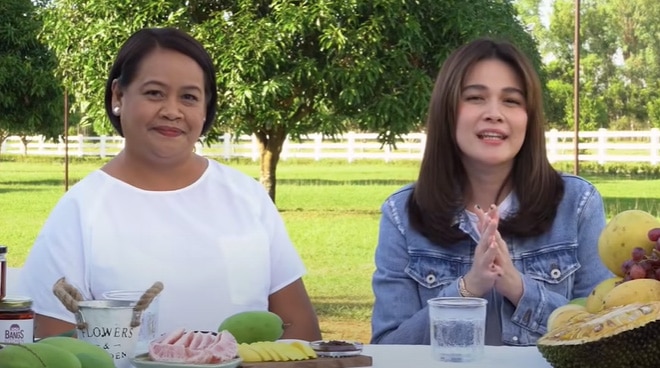 Bea Alonzo proudly shared that she has literally reaped the fruits of her labor as her empty property in Zambales has been transformed into a mango plantation.

Having bought the enormous piece of land back in 2011, Bea shared that the 10-hectare property had nothing but grass when she purchased it ten years ago.

Called “Beatifirma,” Bea revealed that it is an Italian word which when translated to English means “The Blessed Farm.”

According to Bea, her farm is both a blessing to her and most especially to her mom Mary Anne Ranollo who manages the farm.

Bea went on to share that it was all her mom who did all the work to transform the property into a mango plantation with 450 mango trees currently growing around the area.

The 33-year-old actress said her mom had to be away for six months and live in Zambales to make sure the farm — which also boasts of 5,000 mahogany trees — becoming the farm that it is right now.

Read: WATCH: Bea Alonzo does “sugar skull” makeup on her own

“Nu’ng una wala pa naman ‘yung bahay, hindi pa rin ganito kaayos ‘tong farm na ‘to. So my mom had to live in a nipa. Kasi ‘yung kubo na nabibili lang na binubuhat, she had to live there for six months. As in talagang tinutukan niya ‘to. So hindi talaga siya madaling gawin, but she did it all by herself,” she said.

Having spent the Christmas and New Year at the farm, Bea admitted that it was the longest time she spent at her farm.