K-Drama Galore: South Korean shows that took the internet by storm in 2020 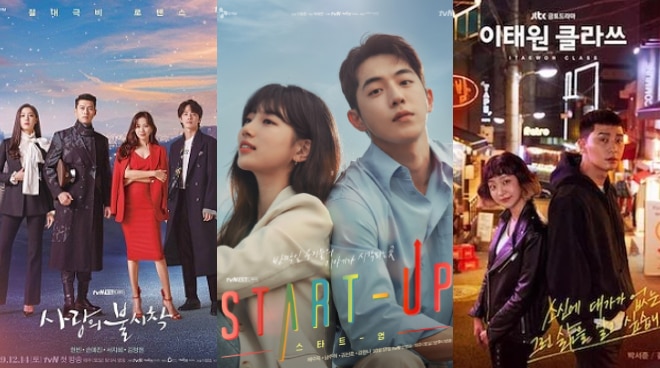 With people across the globe forced to stay indoors due to the pandemic, many have come to witness what makes K-Dramas appealing to viewers regardless of where you are from.

This year alone, countless K-Dramas have captured the hearts of both new and longtime K-Drama fans. PUSH rounded up five of the best K-Dramas that took over the internet by storm in 2020.


Crash Landing on You

Arguably one of the most talked about K-Dramas this 2020 is Crash Landing on You  starring Son Ye-jin and Hyun Bin. And although the series came out in 2019, it soared even higher in 2020 — especially in the Philippines where the two lead stars landed endorsement deals due to their immense popularity in the country.

It follows the story of a South Korean chaebol (someone from a rich and powerful family) who meets a North Korean soldier after accidentally landing in NoKor due to a paragliding mishap.

World of A Married Couple

Perhaps one of the most controversial yet exciting K-Dramas that came out this year is the World of A Married Couple which became a hit among Pinoy fans for its arguably intriguing yet familiar storyline.

Starring Kim Hee-ae, Park Hae-joon, and Han So-hee, World of A Married Couple follows the story of a couple whose marriage ended after the wife found out that her husband has been cheating on her.

The Park Seo-joon-starrer Itaewon Class won the hearts of viewers for its inspiring story about perseverance — an important value in life many Filipinos consider a "must" in order to achieve success.

Also starring Kim Da-mi, Yoo Jae-myung, and Kwon Nara, Itaewon Class is based on the webtoon of the same name and follows the story of a man who fulfilled his dream of becoming big by working his way up.

Perhaps one of the biggest surprise hits of 2020 was the K-Drama Start-Up which you may have first come across on social media through the hashtags “Team Good Boy” or “Team Do San.”

Beyond its lead actors, Start-Up offers a fresh narrative about people around the world of startups set in a fictional South Korean version of Silicon Valley, America’s tech center.

It’s Okay To Not Be Okay

Kim Soo-hyun is probably the reason why many fans were convinced to watch It’s Okay To Not Be Okay at first. But those who have seen the show can very well agree that it’s more than just about the actors but its striking message that revolves around mental and emotional .

It follows the story of a caregiver working in a psychiatric ward with a brother who is in the autism spectrum. He then meets an author of popular children’s books for whom he will develop feelings.

READ: ‘It’s Okay to Not Be Okay’ writer to publish children's books from the series

These shows are currently streaming on Netflix.