The agencies of Hyun Bin and Son Ye-jin confirmed that they are indeed a couple. 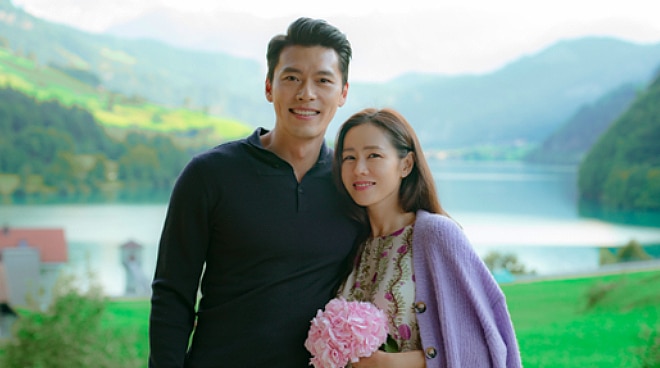 Photo Credit to tvN/Crash Landing on You

Hyun Bin and Son Ye-jin have been confirmed to be in a relationship.

The respective agencies of the Korean stars verified the news via statements to the press after Dispatch dubbed them as their "2021 New Year's Couple." Dispatch also claimed that Hyun Bin and Son Ye-jin have been in a relationship for eight months.

Following the news, Hyun Bin's agency Vast Entertainment released a statement saying, "We would like to make our official announcement regarding the news of Hyun Bin reported earlier today. Hyunbin and Son Ye-jin formed a relationship through work, which developed into lovers with good feelings after their drama ended. Please send your warm attention to them and your support."

Meanwhile, Son Ye-jin's agency MSteam Entertainment said, "The two built a friendship through their work, and after their drama ended, they started to meet each other with good feelings, and developed into a relationship."

Hyun Bin and So Ye-jin starred in the 2018 movie The Negotiation. Afterwards, they headlined the 2020 series Crash Landing on You.