Hyun Bin, Son Ye-jin, and Park Seo-joon take the spotlight in the first-ever virtual Korean Film Festival in the Philippines. 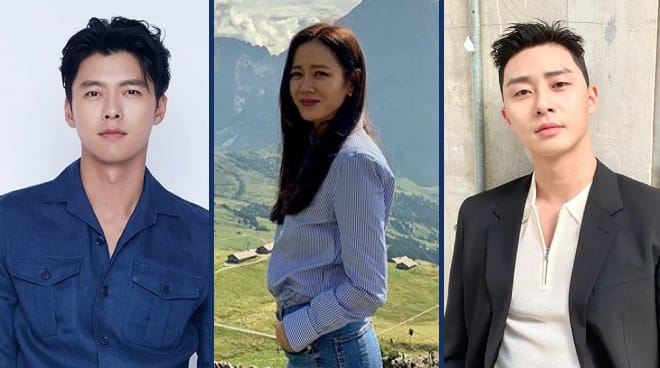 Fans of some of the biggest South Korean celebrities such as Hyun Bin, Son Ye-jin, and Park Seo-joon are in for an exciting treat as the Korean Cultural Center (KCC) is bringing to the Philippines some of their films to the comforts of their own homes for free.

Due to the threats brought about by the COVID-19 pandemic, the Korean Film Festival 2020 will no longer push through with screenings inside movie theaters. But that doesn’t mean the fun also stops as K-film aficionados are getting a virtual cinema experience.

Last Tuesday, September 8, the Korean Cultural Center in the Philippines announced that starting September 12 until October 2, two films each from Hyun Bin, Son-Ye-jin, and Park Seo-joon will be screened through a month-long event dubbed “Celebrity Spotlight.”

Kicking off the online festival is Hyun Bin with his films “The Swindlers” and “Confidential Assignment” (September 12 to September 18). Next up is Son Ye-jin with her flicks “Be With You” and “Last Princess” (September 19 to September 25).

To culminate the event, Park Seo-joon will take the spotlight from September 26 to October 2 for his “Midnight Runners” and “The Beauty Inside.”

Those who wish to see the films for free can flock to http://phil.korean-culture.org/en to see these titles.

While the three stars have established themselves as some of South Korea’s biggest names, Hyun Bin and Son Ye-jin as well as Park Seo-joon skyrocketed to global prominence during the pandemic. Their successes can be attributed to their shows “Crash Landing On You” and “Itaewon Class,” respectively.

Organized by the Korean Cultural Center with the Embassy of the Republic of Korea, the KFF 2020 is only one of the many landmark events from KCC’s Korea at Home campaign.