Julia Barretto answers: ‘What are the disadvantages of being a Barretto?’

Julia Barretto was asked about the best and worst thing about being a Barretto. 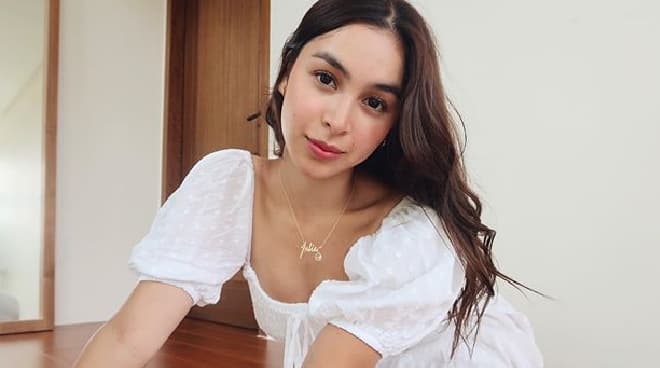 Born to showbiz royalty, 23-year-old Kapamilya Julia Barretto knows she has to live up to the expectations of the public. But Julia chose to tread a distinct path and make a name for herself.


According to Julia, it makes her proud to know that she belongs to a family composed of wise, good-looking, and fun individuals. But more than anything else, Julia said having the blood of her late grandfather running through veins is what makes her the most proud.

just another day at the office 💻

“Being surrounded by beautiful women. Ang gaganda nila lahat. Well, I love being a Barretto first of all because of my grandfather. That’s the best, best part about being a Barretto. Just having his blood and just being his granddaughter. And just having women you can look up to who are just so beautiful and wise. Even the guys though in the family are very, very you know, wise, handsome, fun,” she said.

She added: “Family is so important also to everybody. I mean, what’s not to love about being a Barretto? I love it. But of course, number one is because of my grandfather.”

READ: ‘I worked so hard for it’: Julia Barretto opens up about realizations while staying at house she worked hard for

But just like in any other showbiz family, Julia Barretto admitted there are some disadvantages to being kin of no less than some of the biggest names in local entertainment.

While a lot of people think being born to celebrity parents, Julia wants to let people know that it’s not always the case — especially for her.

“I think nothing. But in terms of being in the same industry, of course. I think people always have that notion na ‘Anak ‘yan ng artista so mas madali. They think it’s easier. But honestly, it is so so hard because there’s so much pressure. And the comparison is until your last project in your career or until you grow old,” she said.

Julia went on to say that she had to prove her way before she reached the level of fame that she has achieved right now.

Julia, for one, said she has to face the reality of absorbing other people’s opinions at a very young age.

“I have to face that at a very young age of 15, 16 where you know, in reality dapat nga I’m just in high school going into college. I don’t have to hear the opinions of others, have to get this kind of pressure. But you know, nasa dugo siguro talaga namin ‘yung pagiging artista or aktres. I fell into that path,” she said.

But instead of dwelling on what others have to say about her, Julia said she took them as a motivation to strive harder and prove them wrong by doing her best in whatever she does.

“But you know, I just took the challenge and just let it motivate me instead of making it into a burden. Siguro I’ll just let it motivate me and prove to people na you know, I love what I do. I want to show them why I deserve to be here. I deserve to get all these projects. Sabi ko na lang, okay gagalingan ko na lang at hindi ko na lang i-didisappoint. Para hanggang sa after generation ko, tuloy-tuloy pa rin,” she stated.

READ: Julia Barretto shows off cooking skills while in quarantine

She added in jest: “But ‘yun lang. Other than that, you would want to be a Barretto.”

With many more years ahead of her career, Julia said she would do her best to make her elders as well as the future generations of Barretto proud through her work.

“Sana given that I’m only 23, there may be humps in the way, some learning and experiences, sana at the end of my career later on in the future, I come out of it and make the first generations proud of alam mo ‘yun, what I was able to do or what I have done. And you know, maybe just also I hope I will be able to do something the elder ones proud and even the next generation after me proud,” she said.

Julia is the daughter of Dennis Padilla and Marjorie Barretto. She is the niece of Gretchen and Claudine Barretto.