Lloyd Cadena’s father Jun gets emotional over son’s death; cause of death revealed

The father of late vlogger Lloyd Cadena shares a heartbreaking vlog after hearing of the news while working as an OFW abroad. 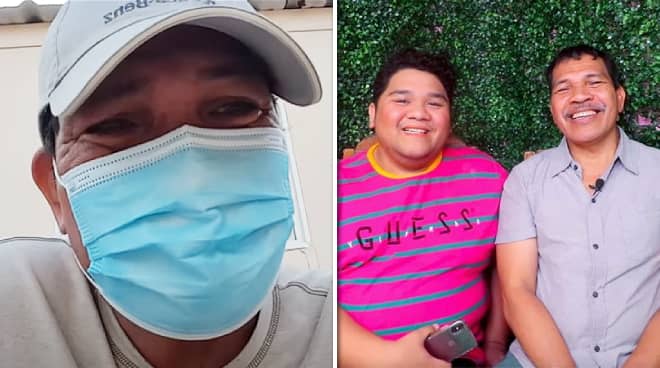 After the untimely death of his son Lloyd Cafe Cadena last Friday, September 4, Jun “Khalid” Cadena made an emotional video on his own vlog channel on YouTube after hearing of the news. Jun is an OFW currently based in the Middle East and has been featured in Lloyd’s vlogs when he is in the country.

Lloyd’s parents, who are both OFWS, were encouraged by their son to start their own YouTube channels last year. Lloyd’s mom, who he lovingly refers to as “Mother Kween,” has been receiving support from other influencers and celebrities like Ivana Alawi and Jamill who have been urging their own followers to honor Lloyd’s memory by supporting his mom’s vlog. As of this writing, the “Mother Kween Vlogs” channel has 892,000 subscribers.

The Cadena family also finally released their official statement on the cause of death last September 6, Sunday. On Lloyd’s official Facebook account, they posted, “There are simply no words to express our heartfelt thanks for the prayers and sympathy you have extended to our family during this time of loss.

“Lloyd was confined in the hospital on September 1 due to high fever and dry cough. He was tested for COVID-19 on the same day which the result came out positive on September 3. As soon as the result of his swab test came out, our family, including BNT immediately isolated themselves. His vitals were okay and had no complaints. On September 4, 5am he was seen by the staff unresponsive and pale looking. As informed by the doctor, he suffered a heart attack while asleep. He was cremated yesterday and his remains is in our house in Cavite in the meantime.

“All expressions of sympathy, including flowers and cards are welcome. You may send them to our address at #14 Scarah, Kaingin Rd., Brgy. Sto. Niño, Parañaque City.
“—Cadena Family”

Lloyd is survived by his older sister Suzette and his parents, who are both OFWs.

Lloyd Cadena cause of death