Lloyd Cadena has been a longtime fan of Mariah Carey. 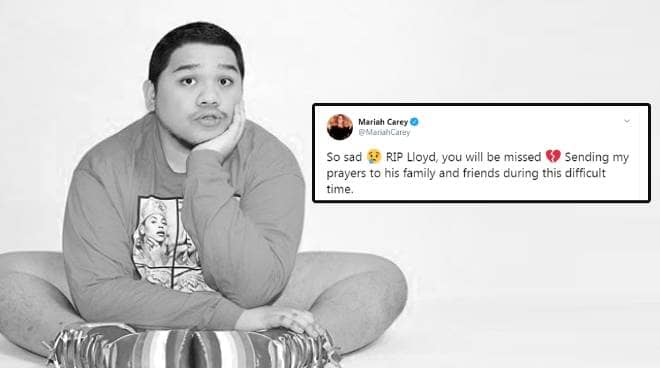 If there’s one thing fans of Lloyd Cadena would know about him, it’s that he’s been a longtime fan of Mariah Carey. And after news of his death reached the American superstar, the latter penned a message mourning his passing.

On Twitter, Mariah Carey penned a heartwarming message for one of her biggest fans collectively known as Lambily.

Another day of throwback curls! Whadya think lambs? 👍 or 👎

“So sad. RIP Lloyd, you will be missed. Sending my prayers to his family and friends during this difficult time,” Mariah wrote in a tweet.

So sad 😢 RIP Lloyd, you will be missed 💔 Sending my prayers to his family and friends during this difficult time. https://t.co/V1RvOfAOko

“It is with a heavy heart and great sadness that we announce the untimely demise of our beloved brother Lloyd Cafe Cadena,” the post read. “May he be remembered for all the joy and laughter he shared with everyone. My family and I ask for your prayers, respect, and privacy during this time.”

Lloyd Cadena — considered as one of the pioneers of vlogging in the Philippines — died at the age of 26.