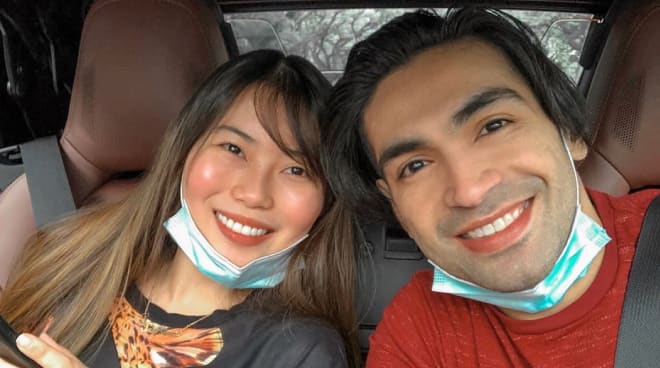 Six years after the breakup of his relationship and engagement with his Fil-British ex-girlfriend (who ended up becoming a Pinoy Big Brother housemate in 2015) Margo Midwinter, it looks like Carlos Agassi has finally found love again. The 40-year-old actor proudly shared photos of himself and non-showbiz girlfriend Sarina Yamamoto who he referred to as “My girl” in his Instagram post last September 27, Sunday. In the post, Carlos shared their sweet couple photos while posing in a convertible.

Before dating his current girlfriend, Carlos dated Margot for two years, whom he proposed to after just one year of dating. After news of their breakup was announced in 2015, Carlos admitted in press interviews that the reason for their separation was because she was not yet ready for marriage. During that time, they had an eight-year age gap with Carlos already being 34 years old and Margot only 26 years old.

After being launched in showbiz as part of ABS-CBN’s homegrown group of talents via the Star Circle batch 3 along with fellow artists Piolo Pascual, Kaye Abad, Paolo Contis and Cheska Garcia-Kramer, Carlos became part of “The Hunks” with Piolo, Jericho Rosales, Diether Ocampo, and Bernard Palanca. Apart from acting and hosting, Carlos also released several rap albums where he was given the nickname “Amir the Prince of Rap.”