OPM singer Jose Mari Chan recalls how he got started in the music industry while growing up in Ilo-Ilo city. 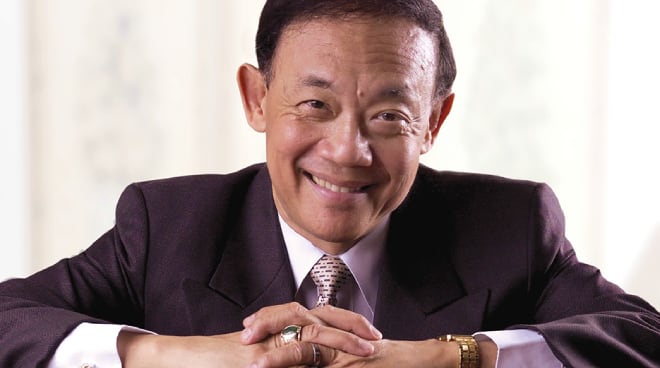 With the Christmas season making its unofficial start in the country this month, OPM icon Jose Mari Chan has become more visible not just because of his iconic Christmas songs but for the numerous viral memes featuring his image online. In an interview with Monster RX93.1 last September 1, the 75-year-old singer revealed he actually became a radio disc jockey when he was just 13 years old. “The first show that I hosted was a radio show called ‘Junior Morning Chirper.’ JMC was a radio show in Ilo-Ilo city. I was 13 years old when I hosted this Sunday show on DYHF in Ilo-Ilo and I remember my theme song. It was a tune called ‘Happy Whistler.’ Because in those days, radio announcers had theme songs which would play for about two minutes before they come in. And then the next show that I hosted was ‘Fun Time and I also had a show called ‘Platters on Parade.’”

The then aspiring singer and composer also recalled his routine while working at the provincial radio station. “I would walk to the station and I would sign on at six o’clock in the morning. Because in those days, radio stations would sign off at ten o’clock and then sign on again at six a.m. So at five o’clock I would be awake na and I would bring a stack of records to bring to the station because some of the songs that I wanted to play, the radio station didn’t have them set. So these were top hits in Manila because I would tune in to Manila radio stations. My idols then were Bobby Ng, Lito Gorospe, Eddie Mercado,” he shared.

After moving to Manila to study college at Ateneo de Manila University, Jose Mari got his first offer to become a TV host. “In 1965, Pete Roa of ABS-CBN came to the house to ask my dad’s permission, I was sophomore year in college, I was 20 years old and Pete Roa wanted my dad’s permission to allow me to host a TV show on Channel 9 called 9 Teeners. I remember my dad was hesitant because he didn’t want my grades to suffer, but most of all, it was always my dad’s dream that one day I would take over the business and help run it. So when he saw that I was spending a lot more time in music, he was bothered. So to make the long story short, he agreed. He told Pete Roa, ‘Okay, I will allow my son to host 9 Teeners, a show on television, on two conditions; one, that his grades would not suffer. The minute it does, he’s out. And the second condition is that you don’t pay him a salary.’ And I didn’t quite understand the wisdom of that until a few years later, then I realized that his reason pala was he didn’t want me to get paid for doing something I enjoyed, for doing something I loved. Because then I would not stop anymore (laughs),” he explained.

The well-loved Pinoy artist, who composed hits like “Christmas in Our Hearts,” and “A Perfect Christmas,” said that despite the pandemic, he still has a lot to feel thankful for. “Every day I thank God for the gift of life. I thank God for the gift of family. I thank God for the gift of good health and I always pray for my father. He died 26 years ago. And I tell my children, ‘If we are now enjoying being in the shade under this massive tree and we’re enjoying the cool shade, then we have your lolo to thank because he planted the seed from which this tree grew.’ I’ve been fortunate that I’ve done concerts in many places all over the world. I’ve done shows in Canada, Zurich, in London, in Paris, I’ve done shows in New York in Carnegie Hall, Atlantic City, Vienna, and did several shows in Osaka and in Tokyo. Of course I’ve done shows in Malaysia, Singapore, Indonesia so I’m very fortunate that my songs have taken me to these places and I’ve made friends,” he said.