‘Good to know I’m not the only one scammed’: Nadine Lustre ‘defends’ herself on selling ‘kisses’ in the past

Nadine Lustre once got ‘scammed’ by ‘Ates in Divisoria’ selling aroma beads known to ‘90s kids as “kisses.” 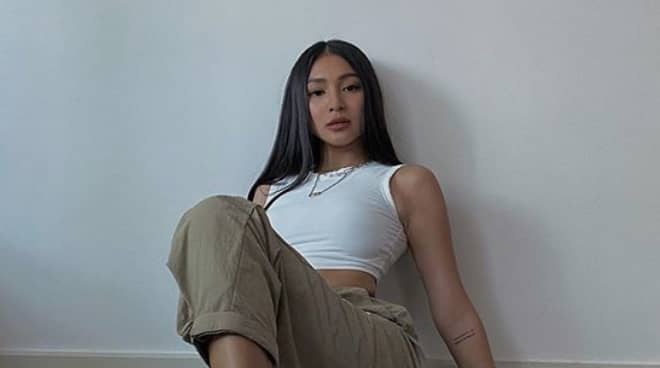 One of Nadine Lustre’s classmates from her elementary days came forward to tell a hilarious story about how the Multimedia star sold him some aroma beads known to many as “kisses.”

It’s no secret that I get my confidence from my hair, that’s why I make sure it gets all the love and vitamins it needs. @creamsilkph 🤍 #DailyHairVitaminBoost

For those who grew up in the ‘90s all the way to the early to mid-2000s, “growing” and “multiplying” kisses probably remain one of the most relatable moments from the past. But did you know that Nadine Lustre also fell for it once in her life?

READ: Nadine Lustre shares encouraging words to those who are struggling with their mental health

In a series of Instagram posts, Nadine shared screenshots of tweets from one of her classmates whom she sold “kisses” to whom she, at the time, assured would transform into a Pokémon.

“Nadine was my classmate in elem. She sold me kisses, ‘yung parang sago? She told me those things would grow — they would actually turn to actual Pokémon. I still bought them because I was a Pokémon fan. Nadine! Those kisses never turned into Blastoise,” the netizen wrote.

WATCH: Nadine Lustre opens up about insecurities with her chest

Despite the incident, the netizen assured that all is well between him and Nadine. “I’ve lost contact with her since I left the school we were [in] together, but she was a great friend growing up. Mas kalaro niya kaming boys.”

Adding in jest, he stated: “Would love to see her in person after so many years pero feeling ko malabo na ‘yun. At malabo ko na sa siya masingil dun sa kisses. Hahaha.”

See some of the reactions from netizens below:

Nadine Lustre got the whole convo, @paolothehuman ! Hoping you get to see her again and prolly just laugh off about those kisses & Pokemon! 😂

So cute that #NadineLustre totally remembers her friends way back in elem at Diliman Prep! 🥺💙 pic.twitter.com/E7M5ATM8iS

Nadine, for her part, explained that she didn’t know what the “kisses” actually were when she bought it. As it turns out, the seller in Divisoria tricked her into believing that it was indeed a Pokémon. It was only in sixth grade when she found out that the aroma beads were made of candle wax.

“In my defense...The ates in divisoria who sold it to told me they were Pokemon. Found out in grade 6 that they were of candle wax. Good to know I’m not the only one who was scammed by this,” she said.