Ben&Ben did another round of song covers featuring some of the best K-Pop hits today. 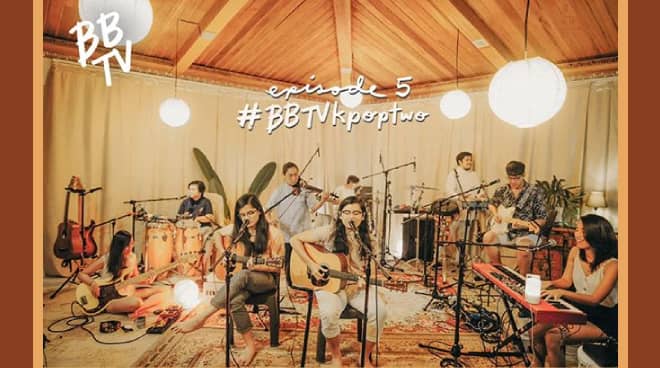 Ben&Ben once again did a series of song covers featuring some of the best K-Pop hits today including trailblazing K-Pop group BTS’s “Dynamite.”

The OPM group said they went through more than 21,000 comments to select the songs that they would include in their second K-Pop Covers Challenge video.

Dynamite by @BTS_twt
we had so much fun doing this!

“We heard you guys! Here is another Ben&Ben k-pop covers episode. We jammed some of your suggested songs from these amazing Korean artists,” Ben&Ben wrote.

Among the songs that made it to their list were “Home” by SEVENTEEN, “Not By The Moon” by GOT7, “Baby Don't Cry” by EXO, “Reveal” by The Boyz, and “Eight” by IU featuring SUGA of BTS.

Ben&Ben recently gained the attention of various K-Pop artists —  including members of groups such as NCT 127, NCT Dream, Day6, Red Velvet, and TWICE, among others — for their song “Leaves.”

BBTV Kpop covers challenge # 2! out at 5PM. link in bio with the songs of Seventeen, GOT7, Exo, The Boyz, IU feat. Suga, and BTS we heard you 😊