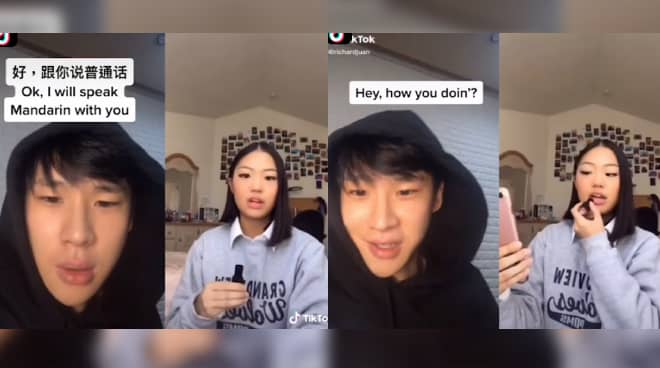 Richard Juan caught the attention of many netizens after he posted a TikTok video wherein he spoke four languages.

Showcasing his being multilingual, Richard talked in English, Tagalog, Cantonese, and Mandarin in the viral video. The former Love Thy Woman actor used the “duet” feature of TikTok with a netizen named Mae Chen.

The video has already amassed more than 500,000 views as of this writing on the video sharing platform. The video also received a lot of reactions on Twitter. It was also reposted by an account on China's TikTok, called Douyin, which gained over 47.4K likes already.

Speaking to PUSH, Richard shared that he knows different languages because he was exposed to various ones growing up.

“I grew up in Hong Kong, and the language that’s used there is Cantonese hence that’s how I learned Cantonese. I studied in international schools growing up, so English was the primary language that was used so that’s probably why I speak English with an American accent. We were also taught a second language from grade school until high school, so that’s where I learned Mandarin. And lastly, when I moved to the Philippines, that’s where I learned Tagalog, when I was studying at U.P.,” he relayed.

Other than the four languages, he shared that he also knows Hokkien and a little bit of French.

“I also speak Hokkien at home, which is the language that is used by most Chinese-Filipinos here in the Philippines. I learned a little bit of French for around 1-2 years, because we were also required to learn a third language back in middle school but I wouldn’t say I ‘know’ French, but it’s something I’d love to be able to say one day,” he remarked.

##duet with @laparasian Yes, I did learn ##French for like a year back in middle school 😆 my accent is horrible though 😂 ##chinese ##language ##asian

On what he wants to learn next, Richard said that he is very eager to speak Korean. In fact, he is studying it now alongside his fans.

"I’d love to be fluent in Korean first, which is what I am trying to constantly find time to learn now. Recently, Juanderers (his fan group) set up a Korean class with me twice every month. We have a Juanderer, her name is Sarah, and she’s been learning Korean for a couple of years already,” he shared.

“Among the Juanderers, a lot of them would love to learn Korean too, but just don't have the chance to and the motivation to, so we set up this class almost every other weekend because it kind of gets everyone motivated to learn and grow together," the actor added.

What is his advice to people who want to know other languages?

"Don’t force it, take small but consistent steps. Practice everyday, even for just 20 to 30 minutes or talk to people that know that language! That’s how I learned Tagalog! Learn from words to sentences and eventually you will learn to communicate, and don’t worry about how fast you will learn, what’s important is, you’re not stopping. And don’t be shy when it comes to making mistakes! You’re bound to make mistakes when learning a new language!" Richard relayed.