Taho vender Tatay Dong was greeted by former UP students whose lives he was able to inspire in his own simple way. 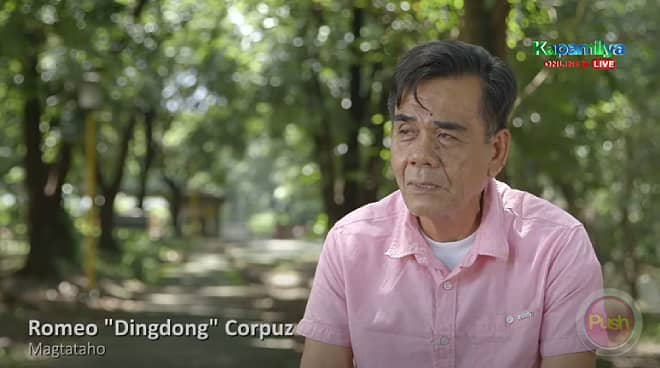 Remember taho vendor Romeo “Dingdong” Corpuz who became a trending topic after a former UP student, now a lawyer, expressed her appreciation for him online? He was the topic of this week’s Paano Kita Mapapasalamatan.

64-year-old “Tatay Dong” has been selling taho inside the UP Diliman campus for 30 years now where he met students whose lives he was able to inspire. Funny and friendly, Tatay Dong treated the students like his own children.

Two of those who testified to Tatay Dong’s kindness were Judith Valdes, now an elementary school teacher, and Alex Castro who is now a lawyer, and the latter was the one who posted on Facebook about him. Alex, like what she said on her viral post before, shared a story revealing how thoughtful and kind Tatay Dong is.

Meanwhile, Judith said that it was Tatay Dong who helped her through her depression after learning about her mother’s cancer. “Isa siya sa mga nagpapagaan ng araw ko. Every time nakikita niya ako, sabi niya ‘Oh, sige na punta ka na sa klase mo.’ Simpleng ganon. ‘Nakakain na ba kayo?’ ‘Yung mga simpleng ganon,” she said, adding that one time, she asked for his advice and was given a new perspective coming from a father. This paved the way for her to be open about her mental health.

To end the episode, Tatay Dong received messages of gratitude from the former UP students whose lives were changed by his presence.