Andi Eigenmann recalls the time she shied away from showbiz to start life anew in Siargao. 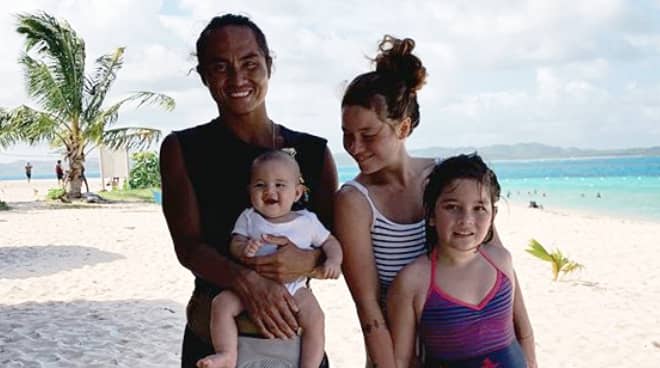 Andi Eigenmann was very open about her life-changing move to Siargao in 2018 during her interview with Toni Gonzaga on "I Feel You" last Sunday, September 27.

"I was so young and I didn’t really know who I was yet," she began.

The actress remarked that she felt lost back then and needed time away from show business to find herself.

"I felt so lost. So, in turn, hindi na ako naging masaya. So putting myself away from it gave me the chance to find myself somehow, or my happiness," she told Toni.

This little nugget turned 6 months old today! She’s been loving the great outdoors a lot, enjoys talking to people and watching all the kids play. And because she’s been showing signs of readiness, we’ve started her on solids. Just a little bit of taste testing but so far, she loves every vegetable and fruit we have made her try! We love watching her grow!🌸

On what she loves about living in Siargao Island, where her partner Philmar Alipayo is residing, she shared, “I guess it’s a sense of freedom and peace. I get to be, who I want to be or who I really am without anybody judging me.”

Andi also relayed that living on an island is also something that she has been dreaming of since she was little.

Happy 9 months to this little light of ours, Lilo + a happy earth day to all.🌸 Let’s do our best to care for this planet just as much as we do for our kids! The same way, we can teach our children to love the Earth, before we ask them to save it.❤️

“It was my dream for so long, ever since I was a little girl. So parang that feeling of giving myself the dream life that I’ve always wanted allows me to be my best self, be happy,” she stated.

Andi has a 1-year-old child with Philmar named Lilo. And she will be giving birth to their second child early next year.

Also living on the island with the actress is her eldest Ellie, her daughter with ex-boyfriend Jake Ejercito.