Solenn Heussaff shares the many things that changed in her life when she became a mother. 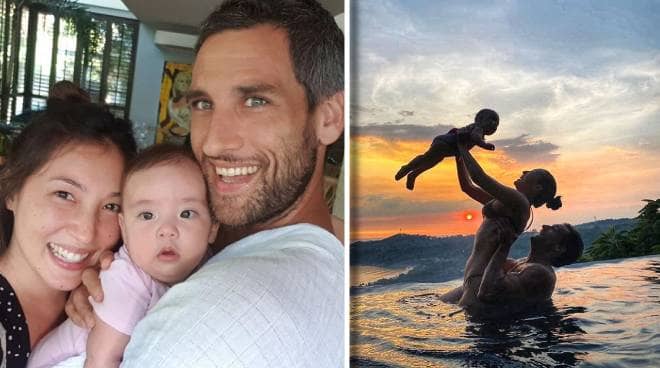 Solenn Heussaff shared that she experienced a lot of firsts when she became a mother.

The actress gave birth to her daughter Thylane in January 2020.

She further explained, "Because when you are young and you have nothing to take care of, you just... I can switch to this or like travel to this country and forget about things. But when you have an actual baby, it's a different story,"

Best days at home getting to know your pure gentle soul. Te amo Thylane..... de tout mon coeur! Sorry @nicobolzico this is just a girls pica... you cant hang with us!

When asked by Nico on what she will give up for their daughter Thylane, Solenn said, "My life. I gave up my body, I gave up my work. Is that sad or funny? But I mean, I'm going to get back to work, just now I gave up a lot of things."

She added, "For me, my life now is Thylane, like she's number one. Everything I do, I do it for her."

Previously, in her vlog titled "Busting Myths as a Parenteam," Solenn also discussed being a mom and addressed myths that having a kid "ruins" one's life.

“Having a kid does not ruin your life. It just adds a different branch. I have learned so much being a mom. I have learned a new side of me that I didn’t know before whom I love. I can’t remember life without my child. I’m the happiest I could be right now because of my child,” Solenn remarked in the said vlog.

WATCH: Solenn Heussaff explains why she still hasn’t ‘made love’ with Nico Bolzico after nine months

"So it doesn’t ruin your life. It changes your plans, yes. It changes logistics in your life, yes. But it definitely does not ruin anything," she added.

Solenn and Nico got married in 2016. Thylane is their first child.