Jeremy Jauncey made fans ‘kilig’ as he shared his short sweet birthday message for his girlfriend, Miss Universe 2015 Pia Wurtzbach. 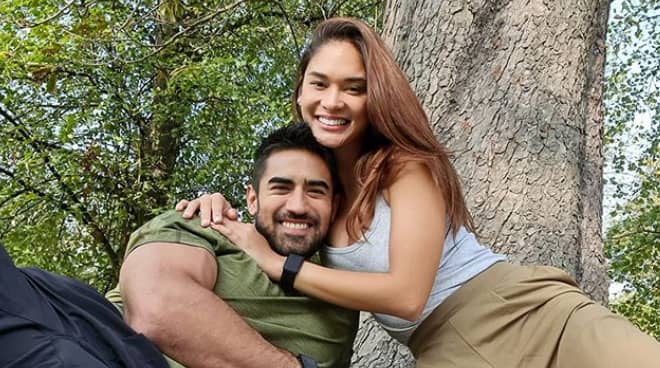 US-based entrepreneur Jeremy Jauncey on Thursday, September 24, once again gave fans a dose of “kilig” as he shared his short sweet birthday message for his girlfriend, Miss Universe 2015 Pia Wurtzbach.

In an Instagram post, Jeremy shared some of his "most treasured memories" with Pia over the past year to celebrate his girlfriend's special day and "remind her how much she means to me."

On this special day I wanted to share some of my most treasured memories over the last year with @piawurtzbach to wish her a very happy birthday and remind her how much she means to me 😊 I hope these photos give you an insight into our relationship... I love you baby, happy birthday! 😘😘😘

"I hope these photos give you an insight into our relationship," he told his followers in the caption.

Declaring his love for his girlfriend, Jeremy said: "I love you baby, happy birthday!"

Following month-long speculation surrounding their relationship, Pia and Jeremy officially confirmed that they are a couple last June by appearing on the cover of Tatler Philippines.

In the interview, they revealed that they first met in London, when Pia's relationship with celebrity racer Marlon Stockinger had just ended.

"He came up to me and told me about how much he loved the Philippines, where he had been to a few times for work," Pia said. "There was definitely an immediate spark. We couldn't stop talking. I found him to be such a warm person and I liked that he was always smiling."

Jeremy, meanwhile, said he feels more inspired when he's around his beauty queen-girlfriend.