Celebrity couple Geoff Eigenmann and Maya Flores have revealed the gender of their third child. 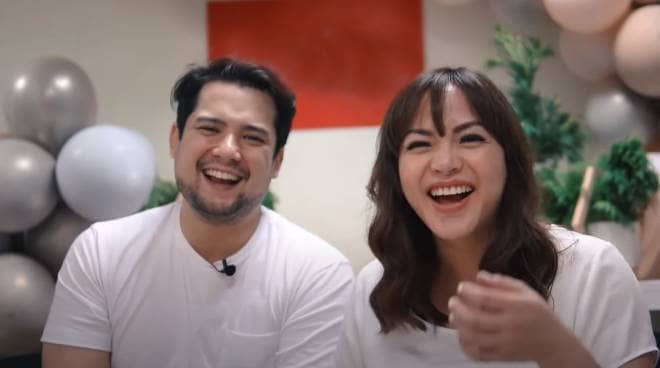 Screenshot from Welcome to the Eigenhouse YT Channel

Celebrity couple Geoff Eigenmann and Maya Flores have revealed the gender of their third child.

The couple announced that they are expecting another baby girl during the gender reveal party for their third child, which they shared in their latest vlog uploaded on Friday night, September 25.

"It's a baby girl!" the couple announced as they opened a box containing pink balloons and confetti, which meant they're expecting a daughter.

"We'll see," said Geoff. "Ang hirap kasi. It's hard to follow the specifics when it comes to names, but one thing na decided na kami talaga is that nicknames come first and it's always going to be food."

Aside from the gender reveal, the video also featured greetings from their family and close friends, including Geoff's father Michael De Mesa, brother Ryan Eigenmann, and aunt Cherie Gil.

It was last July when Geoff and Maya first announced that they are expecting a new addition to their family.

READ: Geoff Eigenmann and Maya Flores are having their third child

The couple, who are engaged to be married, are already parents to Arabella Simone, 3, and Angus, 1.