‘Walang Hanggang Paalam’ actress Arci Munoz shares why she is blessed to find work during the pandemic. 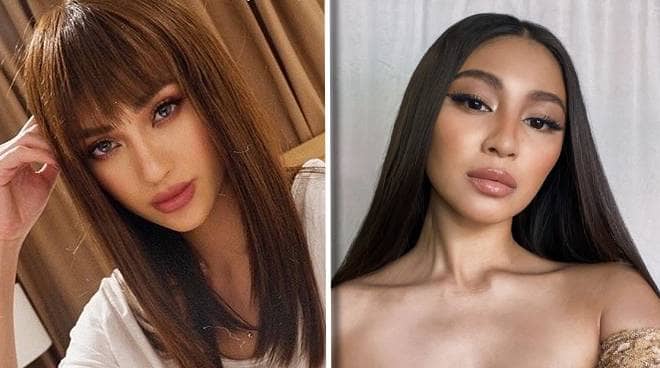 Even before it was reported that Dreamscape was officially cancelling their much anticipated action series Burado last month, lead actresses Nadine Lustre and Julia Montes both withdrew from the project as early as June, with the uncertainty of whether it was pushing through due to the global pandemic. This month, Dreamscape launched the action-drama series under the new title Walang Hanggang Paalam with Arci Munoz and Angelica Panganiban as the new female leads.

Playing the role of a special agent in the series, Arci admitted she did not immediately jump at the opportunity when the role was offered to her. “Honestly, at first I was a bit hesitant to do it because of course we are in the middle of the pandemic nga and I stay with my mom and my mom is a senior citizen. Parang after they pitched it to me, sabi ko ang ganda nung story for me to pass. Ang ganda ganda nung role and I’ve been wanting to do an action series, drama, or movie so ang bilis, pagka-pitch na pagka-pitch sa akin, sabi ko parang nawala lahat ng hesitations and I was like, ‘Yeah, I’m game.’ Parang after a month na pinitch sa akin, nag-start na kami mag-shoot. So I really didn’t have that much time to prepare but I was just really thankful,” she shared.

More than anything, Arci said she is just grateful to be given the chance to work even during a pandemic. “This is a blessing. Sino ba naman ako to say no and right when I got there, hindi ko naramdaman honestly na we are going through something though we are following very strict protocols. Pero still, this is a blessing and I’m really grateful. I’m very thankful ako sa ABS-CBN because ang suwerte namin sa mga bosses namin na talagang iniingatan talaga kami. Hindi lang kami na mga artista, lahat ng tao sa production. Sobrang blessed kami na meron kaming ganitong mga bosses kasi hindi naman nila ipagsasawalang bahala yung safety. Safety first,” she added.

Catch it on Kapamilya Online Live livestreaming daily on ABS-CBN Entertainment’s YouTube channel and Facebook page, on the iWantTFC app (iOs and Android) and on iwanttfc.com, and on The Filipino Channel.