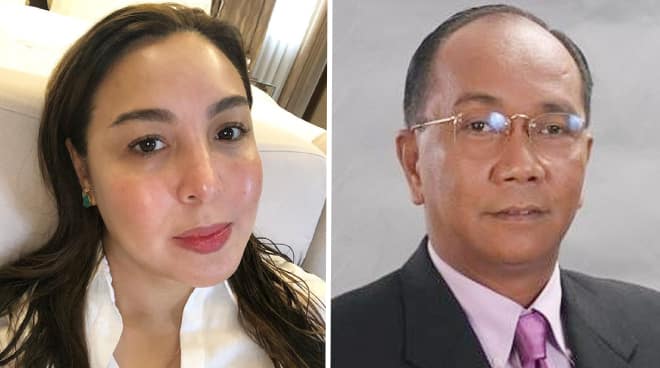 Marjorie Barretto did not mince words calling out broadcaster Jay Sonza who spread misinformation about her daughter Julia.

It can be recalled that the broadcaster claimed that Julia was pregnant with Gerald Anderson's baby in his Facebook post last September 21.

According to Marjorie, the baseless Facebook post of the broadcaster could jeopardize the existing contracts of her daughter.

On Wednesday, September 23, Jay retracted his earlier claims. He posted:

However, Julia is determined to file a case against the former broadcaster because she wants the latter to be held accountable for the distress that the baseless claim caused her family.

The Kapamilya actress appeared before the NBI Cybercrime Division on Friday, September 25, asking the agency to investigate the “untrue and irresponsible statements" made by Jay on his social media account.

"I am pursuing this case because the statements made by Mr. Sonza are untrue and irresponsible. The widespread reposting of the news based on his post caused distress to me and my family.

"I don't want to take this matter lightly. Mr. Sonza, and all those who publish these reckless and baseless posts, must be held accountable for their actions so that they think twice before claiming things as fact,” Julia remarked.