Markus Paterson defends Joshua Garcia’s actions towards Janella Salvador as a love team partner: ‘There’s nothing cringey about that’ 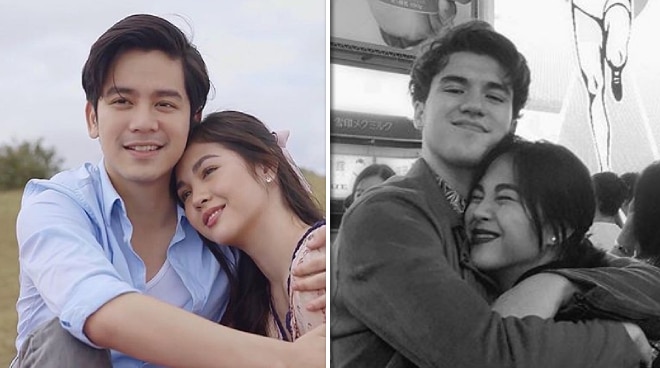 Markus Paterson remarked that he had always been supportive of Janella Salvador and Joshua Garcia's love team in the primetime series The Killer Bride. Markus also defended Joshua from netizens who called the latter's actions toward Janella as "cringey" now that they knew that the actress was already in a real life relationship in the course of their onscreen partnership.

"I've been seeing a lot of this on Twitter, ever since we came out as a couple ... There's a lot of tweets saying that now that we've come out all the things that Josh used to say and do with Killer Bride is cringey and it's like gross and stuff, but you guys have got to understand they were in a teleserye together. They've got to sell that to the top of their ability. There's nothing cringey about that," Markus said in an interview with Kyle Echarri for the latter’s latest YouTube vlog.

Markus added that he always wanted Janella and Joshua's love team, dubbed as JoshNella, to be a success.

....and you. Thank you for being such a wonderful leading man. You are absolutely talented and you deserve all the recognition and praises you are receiving. I’m glad I found a friend in you— one that is so much like me. Keep shining. PS thank u for feeding me all the time

"There's a reason why I didn't say anything about it because I understood it. Like they're a love team, right? Which is why it took a year and eight months for us to come out with this relationship because they were love team, it's a marketing thing, right? I want them to succeed and prosper together because I'm not 10 years old. I want them to succeed, it's that simple," he said.

You’re a BERBERy good cheerleader, @garciajoshuae! Our MMK episode comes out tonight!!! You won’t want to miss it— it’ll surely cheer you up!!! 🤪💥

Markus also commended Joshua for doing a great job as Janella's on screen partner that time.

In the same interview, Markus also opened up about his relationship with Janella. The actor-singer said that the love he feels towards Janella is incomparable.

I am lucky to have a friend like you

“I’ve never been in love the way I am. I’ve never felt the love that she makes me feel. ...There is no one or thing that could make me look at another woman the way that I look at her right now," he said.

Markus added, "Like, it’s not even fair to my family how much I’m in love with this woman. Because I would put her above anything else. To the vague question why I'm still with her, it is because I couldn't live without her. That's as simple as it is."