The son of actor Dennis Trillo with former girlfriend Carlene Aguilar is officially a teenager. 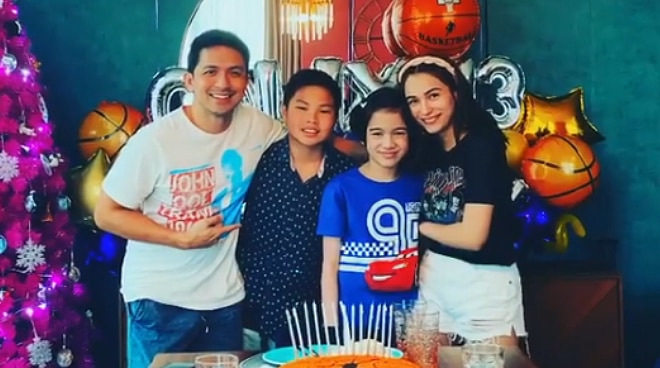 The son of actor Dennis Trillo with former girlfriend Carlene Aguilar is officially a teenager.

Calix Andreas turned 13 on Tuesday, September 22. To mark the occasion, Dennis organized a birthday celebration at home, which was attended by people closest to him and his son, including his girlfriend, Jennylyn Mercado, as well as the actress' child, Alex Jazz.

Dennis gave a glimpse of the intimate celebration on Instagram.

In an interview with Smart Parenting, Dennis shared that while Calix stays with his mother, he gets to spend time with his son on weekends and on summer vacations.

He also said that he is honest to his son about his love life. In fact, Calix approves of Jennylyn, according to the One Great Love star.

On the other hand, Carlene, a former actress and beauty queen, has been married to a non-showbiz guy since 2009, with whom she has two sons.