In a three-minute video, Trina Candaza and Carlo Aquino shared their journey toward becoming first-time parents. 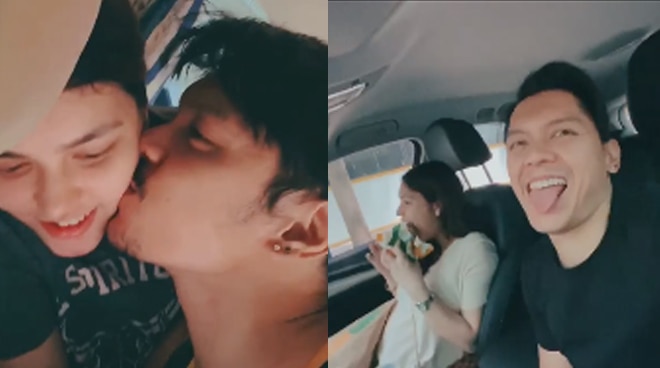 While Carlo Aquino and Trina Candaza kept their pregnancy on the downlow, that didn’t stop the couple from documenting their journey toward parenthood.

On Instagram, Trina uploaded a three-minute video showing some of her best moments with her partner Carlo while she was still carrying their child.

Trina thanked everyone who joined her as she navigated her way through uncharted waters to becoming a first-time mom.

In the said video, Trina also showed how she announced she and Carlo were expecting a baby girl through a Zoom video call as well as their preparations in anticipation of the arrival of their baby.

Carlo and Trina first introduced their daughter Enola Mithi last September 13. Meanwhile, the couple — who caught the attention of the public in early 2019 after photos of them made the rounds online — confirmed their relationship in October that same year.

Having started as a child actor, Carlo managed to sustain his stardom until his 30s and found his way to becoming one of this generation’s most versatile actors. His partner Trina, on the other hand, works as a model.