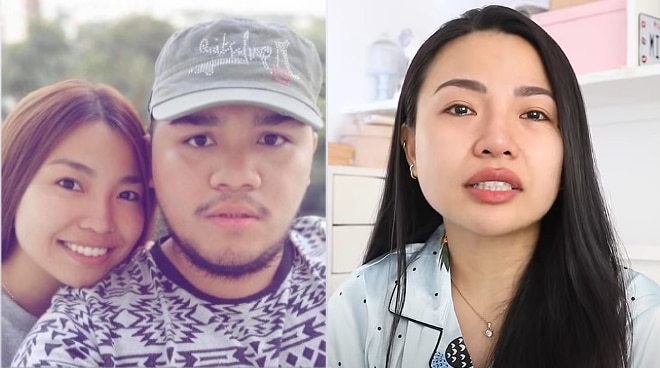 Two weeks after the unexpected passing of her close friend and fellow YouTuber Lloyd Cadena, Michelle Dy posted a vlog dedicated to him with the title “I Love You Lloyd…” last September 18, Friday.

On the day that Lloyd passed away, Michelle also went viral for the video she posted on social media of her drinking wine alone in her home while crying and listening to Lloyd’s favorite singer Mariah Carey. “It felt like I lost my legs. Ganun yung feeling. It felt like yung parang may nahulog sa akin, may gumanun sa akin, it felt like I lost something in my body. I was screaming. I was in disbelief. Lahat siguro ng klase ng feeling nararamdaman ko na. The one thing that was on my mind is, ‘Why?’ I was asking God why. That was the only thing that was coming out of my mouth at that time. Why.

After taking some time to recover and take a break from work, Michelle thanked those who sent her messages of support and love during the past week. She admitted that making a vlog while talking about Lloyd was making her emotional again. “I am okay but not 100%. You can never be 100% okay. I think yun yung struggle ng anyone who loves Lloyd or who was with Lloyd. Before kasi parang for me I want to be okay and I want to continue with life but parang I feel guilty of smiling all the way or I feel guilty of being 100% happy when we all know that we lost someone, parang ganun. I think yun yung sobrang struggle ko. That’s why I thought of giving myself a little bit of time, rest from work, from everything. Yung no guilt rest. Kasi I thought it would at least make me feel better. But now that I’m doing this, mukhang na-relive lahat ng feelings from when it happened. For sure alam naman ng lahat kasi obvious na obvious naman, kumbaga hindi naman tago na sobra niyang buting tao,” she shared.

“Siguro hindi alam ng nakararami na sobrang laki ng respeto namin sa isa’t isa. I think hindi alam ng nakararami na sobrang pino-protektahan namin ang isa’t isa. But I think he was more protective of me than I was with him. He would always, always protect me and he would make sure that he would be there for me in times of need and he was very vocal about it online, offline. Pareho kami ni Lloyd na lapitin ng mga issues, yung mga pang-ba-bash, mga ganyan. We made each other feel that we have each other’s backs,” she added.

The popular YouTuber also paid tribute to the larger than life presence of her friend. “Si Lloyd yung tipo ng tao na kapag dumating siya sa isang lugar, he will unintentionally steal the show. He has that kind of vibe, he has that kind of energy and aura na when he enters a room, he will make you feel that he has arrived. That’s the kind of energy that he has. That’s really how he is as a human being. Meron siyang arrive. Ang laki kasi ng energy ni Lloyd eh.

“Lloyd has always been very, very passionate about his work. He has always been a master of his craft so he knows that he will never stop doing it because it’s his passion,” she said.