A number of celebrities called on Filipinos to be responsible citizens to register to vote for the elections in 2022. 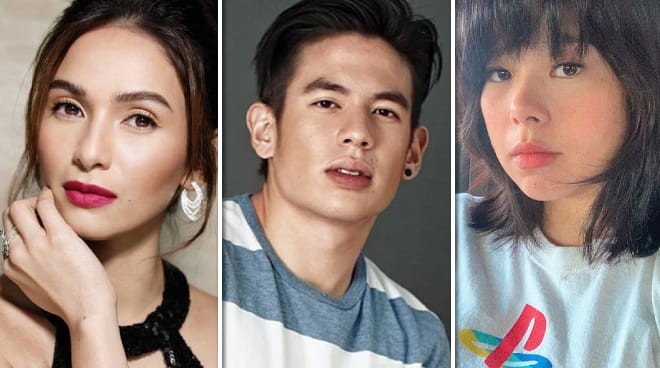 As election season draws near and voter registration just opened, several celebrities took to social media to encourage Filipinos — especially the youth — to register. To vote for the upcoming 2022 Presidential elections.

Among the celebrities who took to social media to encourage netizens to register were Saab Magalona, Jake Ejercito, and Jennylyn Mercado.

READ: Heart and Chiz discuss the importance of voting in the next elections: ‘It is only during election time that we are truly equal’

Saab Magalona used a cute video with her son Vito through a Twitter thread to catch the attention of her followers.

“Voter registration resumes today, the first day of September. Comelec is only offering in-person registration despite the pandemic due to the need to gather biometrics data,” she wrote. “Remember: No mask and face shield, no registration,” she added.

How Vito tells me he wants milk. Also: Don’t forget to register to vote!! Registration starts today 👍🏻 DO IT FOR PANCHO AND VITO AND ALL THE FILIPINO BABIES ❤️ pic.twitter.com/vKsQKvbW0d

In another tweet, Saab called on the attention of Commission on Elections Spokesman James Jimenez after encountering problems with accessing the COMELEC’s website.

We’re setting up mirror sites. Thanks!

Thanking Jimenez for his response, Saab replied: “The youth will be waiting! Thank you!”

Jake Ejercito, on the other hand, highlighted the importance of voter registration especially those between ages of 18 to 35.

“Voter registration na, sinta ko! Specially calling on the 18-35s. Let’s not give the future away. #MagpaRehistroKa,” he wrote.

Voter registration na, sinta ko! Specially calling on the 18-35’s. Let’s not give the future away #MagpaRehistroKa

The Presidential elections is scheduled to be held in May 2022.