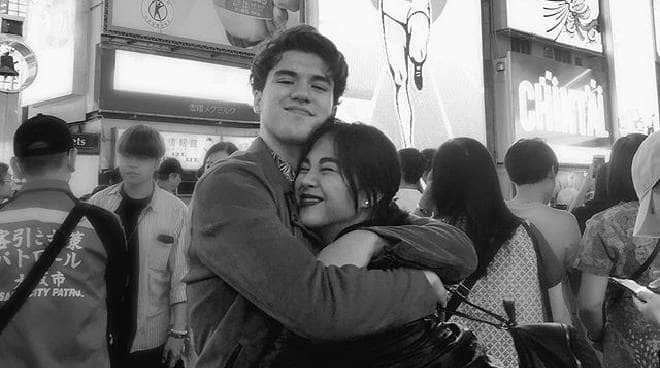 Although they were rumored to already be dating since last year after being spotted at different events along with different family members, Janella Salvador and Markus Paterson have relatively kept mum on the real status of their relationship, with both requesting for privacy from the press when it comes to their personal lives.

On September 12, Saturday, the couple decided to finally make it official on social media judging by their sweet posts on their respective Instagram accounts, a definite confirmation that they are in a serious relationship. The two are currently in the United Kingdom, where Markus’s family is based. In her post, Janella shared a black-and-white photo of herself and Markus sharing a hug in front of a famous tourist spot in Osaka, Japan. Markus posted a short video clip of himself and Janella sharing a sweet dance.

READ: Did Janella Salvador and Markus Paterson spend the weekend in Boracay together?

WATCH: Did Janella Salvador and Markus Paterson spend the weekend in Boracay together? | Push Daily

The couple first got to work together in an episode of Maalaala Mo Kaya in February 2019 where Janella played the role of Kapamilya singer Moira dela Torre and Markus playing an ex-flame. After MMK, the two were spotted dating in public by fans who shared photos of them eating out with family. Shortly after posting, the couple received messaged of congratulations and support from their friends in showbiz who were happy about the announcement.

READ: Here’s what Markus Paterson has to say about Joshua Garcia and Janella Salvador’s team-up

Janella was previously linked to Elmo Magalona while Markus was linked to Ylona Garcia.