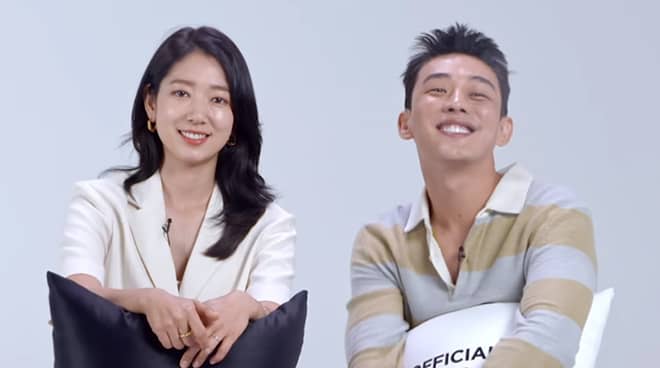 The stars of the film #Alive — Yoo Ah-in and Park Shin-ye greeted fans in the Philippines as the zombie flick officially premiered on Netflix last Tuesday, September 8.

In a video released on the official Facebook page of Netflix, Yoo Ah-in and Park Shin-ye gave a shout-out to their Pinoy fans as they introduced their characters in the film.

Both stars then expressed their excitement and invited fans to watch the film as it finally debuts on the digital streaming giant.

"I’m so happy that our film will be greeting in over 190 countries through Netflix,” Ah-in said.

“Please show a lot of love for #Alive, a survival thriller about two young people struggling in an out-of-control situation,” Shin-ye said.

#Alive follows the story of Jun-u (Yoo Ah-in) — a young man trapped inside his own apartment who lost access to cellular signal and Wi-Fi connection after a mysterious outbreak hits Seoul. He then meets Yu-bin (Park Shin-ye) — another survivor in hopes of making it out of their homes safely to seek help.

See the trailer below:

Prior to its worldwide release via Netflix, #Alive hit theatres in South Korea last June — a month earlier than the release of the sequel to “Train to Busan" — “Peninsula.”

Two of South Korea’s most celebrated actors, Park Shin-hye is known for her roles in dramas such as “You’re Beautiful,” “The Heirs,” and “Doctors” while Yoo Ah-in gained acclaim for his portrayals in “Secret Love Affair,” “The Throne,” and the award-winning film “Burning.”