Singer Ylona Garcia has found a new way to keep herself busy and productive amid the novel coronavirus pandemic. 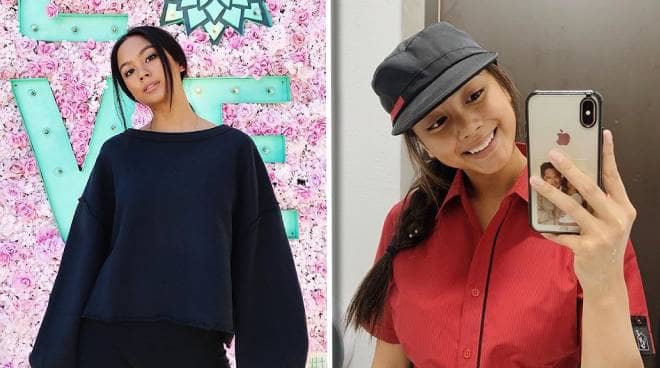 Singer Ylona Garcia has found a new way to keep herself busy and productive amid the novel coronavirus pandemic.

On Instagram on Monday, August 31, the former "Pinoy Big Brother" housemate revealed that she is now working at a popular fast food chain in her hometown, Sydney, Australia.

EXCLUSIVE: Ylona Garcia celebrates her 18th birthday in honor of her lolo

Sharing a photo of herself in her uniform, Ylona wrote: "Hey, ya'll. I decided to work at @mcdonaldsau. :) Feel free to come thru & I'll serve you."

In the comment section of her post, several fans and followers of Ylona commended her for being "simple" and "humble" despite her celebrity status.

"Wow! Another reason to love you, Ylo!" said one Instagram user.

“It is with passion, courage of conviction, and strong sense of self that we take our next steps into the world, remembering that first impressions are not always correct. You must always have faith in people. And most importantly, you must always have faith in yourself.” - E.W. . . . huge thanks to woomera wines, @niceprintphoto && @palazzoverde !!

Following her stint as a "PBB" housemate, Ylona entered the music scene. She released her debut album, "My Name is Ylona Garcia," in 2016 under Star Music.

Ylona was also a member of teen pop group "ASAP G!" and a VJ for Myx Philippines.