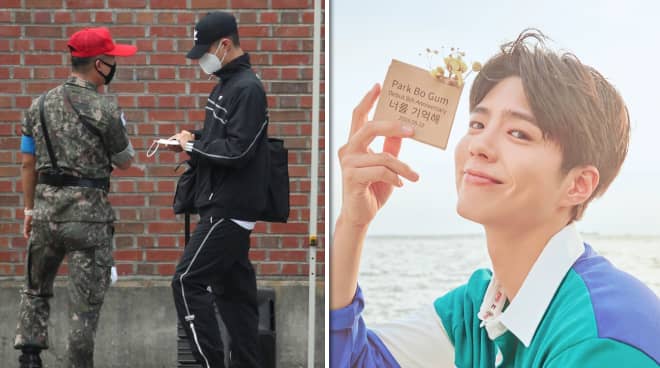 Photos of Bo-gum’s enlistment made rounds online as fans took to social media to bid farewell to Park Bo-gum.

Another photos of him today 🥺

We will wait for you, we will be here @BOGUMMY

Take care my one of my fave person @BOGUMMY I will miss you & saranghae💖#ParkBoGum pic.twitter.com/yCULcpiLre

Bo-gum will reportedly serve first at the Navy Education and Training Command in Changwon, South Gyeongsang Province for his basic military training before he moves to the Navy headquarters in te central city of Gyeryong.

He would be part of the Naval military band, specializing in the piano.

Park Bo-gum is known for his roles in well-loved Korean dramas like Reply 1988, Encounter, Love in the Moonlight, and Hello Monster.

Bo-gum also had a fun get-together with the cast of the Reply 1988 last June.

Bo-gum finished filming Record of Youth — which premieres this September 7 — before his enlistment.