Kathryn Bernardo said she is set to start filming a few episodes for her new project with ABS-CBN this September. 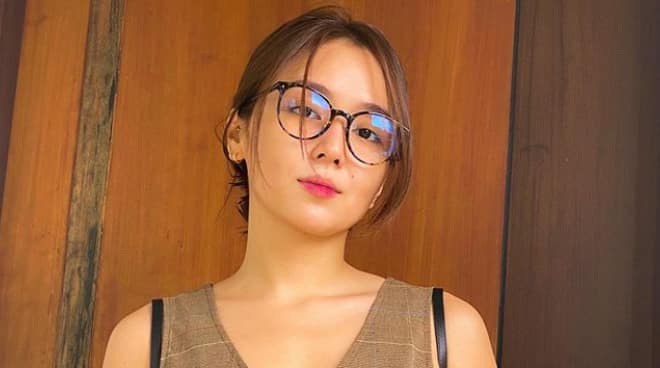 Despite franchise woes coupled with filming restrictions due to the COVID-19 pandemic, ABS-CBN  is pushing through with producing content for digital platforms in its commitment to provide quality entertainment in the service of the Filipino people.

Work OOTD! (Taken before I put on my face mask and face shield) 🤓

Kapamilya actress Kathryn Bernardo, for one, revealed that she has an exciting digital project with ABS-CBN this year. And as it turns out, the cameras are set to start rolling this month for the said project, which she disclosed as a situational comedy (sitcom) show.

Kathryn also revealed that the movie lined up for her is no longer pushing through this year due to the challenges brought about by the health crisis. Then again, the prime Kapamilya star appears to remain optimistic about what the future holds.

I choose my tint and blush for the day depending on my mood, and I keep them safe and sanitized inside my UV Sterilizing bag! It's my new beauty essential. ✨ You can also get this exclusive UV Bag Tint + Blush set on @beautymnl! Limited stocks only! Wearing the In Full Bloom set! 🌸 👩🏻 On the Go Blush in Pink Fizz 💋 Kiss and Bloom Glossy Tint in Tanned 👀 Easy Eyes Crease-Proof Eyeshadow Stick in Fresh 〰️ Perfect Brow Mascara 💨 Stay Fresh powder in Medium Beige 👁 Extra Drama mascara

“May mga fina-finalize pa kung ano 'yung magiging plans for the movie kasi na-cancel siya because of COVID; kasi nga out of the country ‘yun and parang hindi magandang timing ngayon to make a movie. So basically, ‘yun palang sitcom,” she stated.

Kathryn recently recorded a song with Daniel Padilla called “Tinig Ng Nawalan” in honor of the retrenched employees of ABS-CBN.

Kathryn is the newest ambassador of Lazada.