‘Dynamite’ debuted in the number 1 spot on Billboard’s Hot 100. 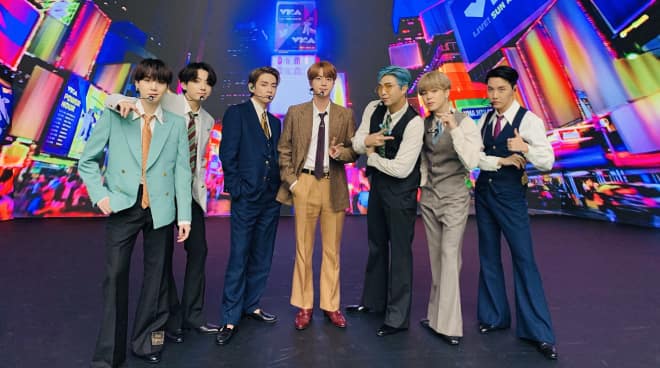 BTS made music history as their latest single "Dynamite" debuted in the number one spot on Billboard's Hot 100, making them the first all-South Korean act to top the chart.

According to Nielsen Music/MRC Data as reported by Billboard, "Dynamite" gained 33.9 million US streams and 300,000 sales in its first week. The song also amassed 11.6 million radio airplay audience impressions in the week concluding on August 30.

"Dynamite" is the fourth song of BTS which entered the top 10 of Billboard's Hot 100.

Following the historic debut of "Dynamite," BTS member Jimin took to social media to thank the fans for supporting the song.

"You guys made this happen and this is something that you all need to be congratulated for and I truly hope that you are all feeling the amount of happiness equal to this big achievement. Thank you," Jimin said on the official Twitter account of the group as translated by entertainment website allkpop.com.

Aside from their massive feat on Billboard, BTS also won big at the recently concluded Video Music Awards (VMAs).

The group took home best pop, best choreography, best group, and best K-pop awards with their song "ON" off their studio album Map of The Soul: 7."

BTS performed "Dynamite" live for the first time at the VMAs.