Lucho Agoncillo could just be the next big star

Lucho Agoncillo could just be the next big star 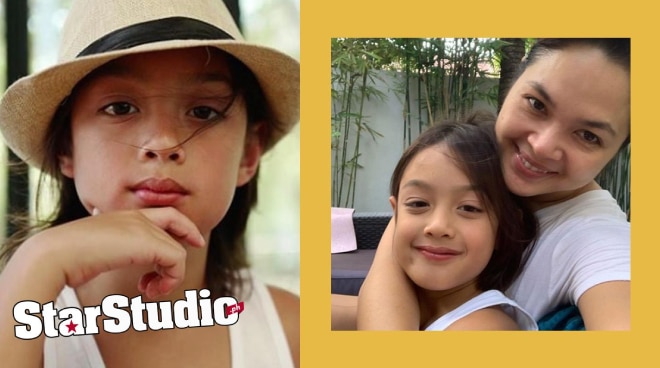 Having a mother who has charmed her fans since she was a child star and a father who later on paired up with her in a hit fantaserye, Judy Ann Santos and Ryan Agoncillo’s handsome nine-year-old son Lucho seems to have inherited the X-factor of his celebrity parents.

Lately, the proud father Ryan has posted portraits of Lucho showing the details of his son’s lovely face that resembles his and Judy Ann’s features. Lucho could really be a heartthrob in the making!

Check out these cute photos of Lucho Agoncillo! When the director tells you to put on a serious face, Lucho looks like he knows how to do it by heart. Lucho also knows how to stay chill and relaxed. Look at that cool pose!

Pulling off the tied-up hair Lucho’s long hair definitely adds to his personality, but it’s a totally different look when the stylish kid ties his hair up. Handsome kid!

Mommy, I need you Even though Lucho is great at looking like a cool guy, he still turns to Mommy Juday when he needs a big hug.

Parkour with my big guys

Here’s a bonus screenshot of Ryan’s Instagram video of Lucho using Dominic Roque and his brother Anthony as human parkour equipment. He finished the whole course! You may not usually see solo Lucho smiling widely on social media, but when he does, it’s with his equally adorable younger sister Luna. These precious kids!