'You are the one I’ve waited for': Joseph Marco confirms dating anew

It appears that actor Joseph Marco is dating anew after his breakup with beauty queen Celeste Cortesi. 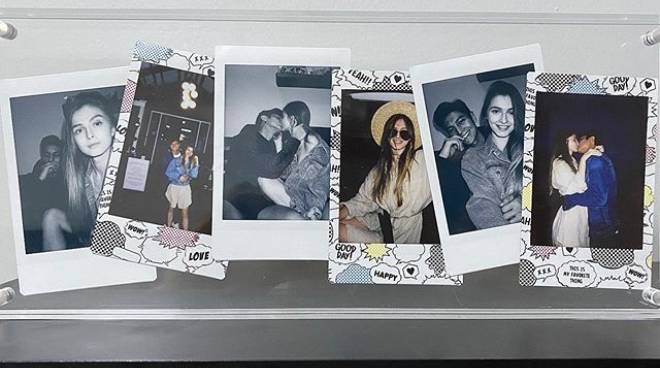 It appears that actor Joseph Marco is dating anew after his breakup with beauty queen Celeste Cortesi.

In an Instagram post on Wednesday, August 5, "The Bridge" star shared Polaroid snaps of him having a sweet moment with a woman, including two where they are seen sharing a kiss.

"You're the one I've waited for," he wrote in the caption of his post, without any mention of the woman's name.

You are the one I’ve waited for.

In the comments section of his post, Jake Cuenca, his co-star in the 2015 series "Pasion de Amor" and 2018 show "Los Bastardos", expressed his happiness for Joseph with a string of heart emojis, while his "Wildflower" co-actor RK Bagatsing wrote: "Ang tamis!"

His fans and followers likewise expressed their excitement for Joseph.

Joseph's post comes more than a month since he confirmed his breakup with Celeste in an interview with Philippine Star editor and columnist Ricky Lo.

The hunk actor dated Celeste, who is known for representing the country in the 2018 Miss Earth international pageant, for a year.

He first introduced Celeste as his girlfriend in October 2019, four months after they started going out.