Sharon Cuneta also said some of these people are either fame-hungry or are just desperate enough to earn money out of bashing. 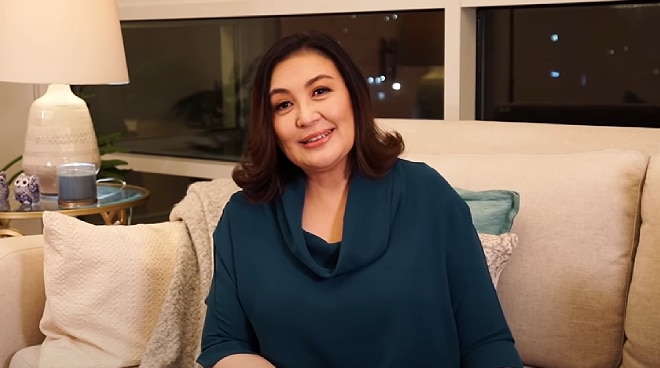 As Sharon Cuneta brings “The Sharon Show” to digital via her YouTube channel, the Megastar called on everyone to be kinder to each other especially on social media which she said has gone a lot meaner.

This is my other condo unit no one stays here. It’s called “Mama’s condo” because most of my precious things that do not belong in my rented warehouse are. It has only three bedrooms while the unit in which we live has four. There are only two units per floor in our building, and we occupy one floor. Each unit is 400sqm big. I’be turned this unit into my new “studio” for what’s coming up on The Sharon Cuneta Network on YouTube! I actually love the look of this unit more than the other one. It’s more girly, and a little bit modern farmhouse-y. Coming your way soon!!!💖💖💖🌸🌷🌼

A post shared by ActorSingerPresenter (@reallysharoncuneta) on Jul 31, 2020 at 9:33pm PDT

With the number of COVID-19 cases continues to rise, Sharon decided to open her online show with a few reminders to her viewers on how to keep themselves safe during these trying times.

While she understands that her fans come from different walks of faith, Sharon encouraged her fans to hold on to the Higher being for which they believe in — no matter what kind of religion they follow.

Episode 1 is up on The Sharon Cuneta Network on YouTube! Title: In the time of Covid-19, let's remember to be safe and be kind. Praying for my Sharonians and every one of you that you all stay safe and healthy. We will get through this and I ask you to please remember to be kind. Now, more than ever, kindness and love in the world is what we need the most ❤

A post shared by ActorSingerPresenter (@reallysharoncuneta) on Aug 4, 2020 at 7:00am PDT

“Hindi po natin alam kung hanggang kailan ito. Alam niyo po, Kristiyano po ako. I’m not trying to impose my faith on everyone of you. Kasi alam ko naman iba-iba tayo ng paniniwala. Mayroong iba sa inyo, iba ang paniniwala. I respect that. Pero it’s time to hold on to the Higher power we believe in.  This is not something we can fight as human beings. And just to give us a little hope also. Our God is bigger than this virus,” she stated.

The Megastar also told her fans to hold on to the fact that human beings have developed advances in technology and she hopes scientists could use it to find a cure, if not, a treatment to the infectious disease.

“Remember that we also have advances in science and in medicine. So we’re hoping that scientists and experts in this field can come up with a vaccine or at least something that can make us live with this if not totally get rid of it from our bodies. ‘Yung something na makakatulong na ‘wag naman natin ikamatay. Napakasakit man po but we are going to ge through this as human beings,” she stated.

A post shared by ActorSingerPresenter (@reallysharoncuneta) on Jul 30, 2020 at 10:33am PDT

Another important topic that Sharon delved into was social media, where she dismissed the idea that Facebook friends equate to real-life friends — a misconception many people nowadays believe to be true.

“I don’t think it should be using you. Meaning, you should not be addicted to it. You should focus on your real friends and not on the hundreds of friends you have on Facebook. Your real friends are the friends that are there for you when no one else is. ‘Yung mga tunay nagmamahal sa inyo when you’re down and out, those are your real friends,” she said.

READ: Sharon Cuneta decides to forgive former friend Ronald Carballo: ‘Please use this chance and learn from this lesson’

She added: “Sure, Facebook … you have friends there. You keep up with the news through Facebook. It helps. Social media helps. But it has also taken away so much. Tsaka it has also — even for non-celebrities — made the world a little less caring and meaner.”

According to Sharon, a lot of people are brave on social media because they hide behind anonymous accounts. And most even than not, a lot of these people are either fame-hungry or simply desperate to earn money through YouTube.

“Parang kasi some people hide anonymity kaya matapang sila so they feel free to express kahit walang saysay. They bash people — kahit hindi celebrities … kung sino ang pinagtripan. Some people are fame-hungry that they go after famous people just to get a reaction at magkaroon ng views YouTube para may kitain,” she said.