On her second trimester, actress Sheena Halili shows she can still rock a bikini in her latest outdoor pictorial. After announcing last June that she and her non-showbiz husband Jeron Manzanero were expecting their first child, actress Sheena Halili shows she’s still got what it takes to flaunt a bikini ready body in her latest Instagram post last August 3, Monday.

READ: Sheena Halili announces she is becoming a mother

The 33-year-old actress, who revealed that they are expecting a baby girl through a gender reveal party last month, shared a post of herself getting some sun while wearing a bikini on her fifth month of pregnancy. She wrote, “Vitamin D for mommy and baby. 🤰🏻 #20weekspregnant”

A post shared by Sheena Yvette Halili-Manzanero (@mysheenahalili) on Aug 2, 2020 at 5:23pm PDT

Sheena and her non-showbiz husband Jeron met through a mutual friend who set them up on a blind date. They got engaged a year after making their relationship public in August 2018. The couple tied the knot in a star-studded ceremony at The Blue Leaf Cosmopolitan in Quezon City just last February with an entourage that included Sheena’s closest showbiz friends Maine Mendoza, Marian Rivera as well as celebrity guests Regine Velasquez, Arjo Atayde, Jolina Magdangal, Dingdong Dantes, Jennylyn Mercado, Dennis Trillo, Camille Prats Glaiza de Castro, and Katrina Halili. 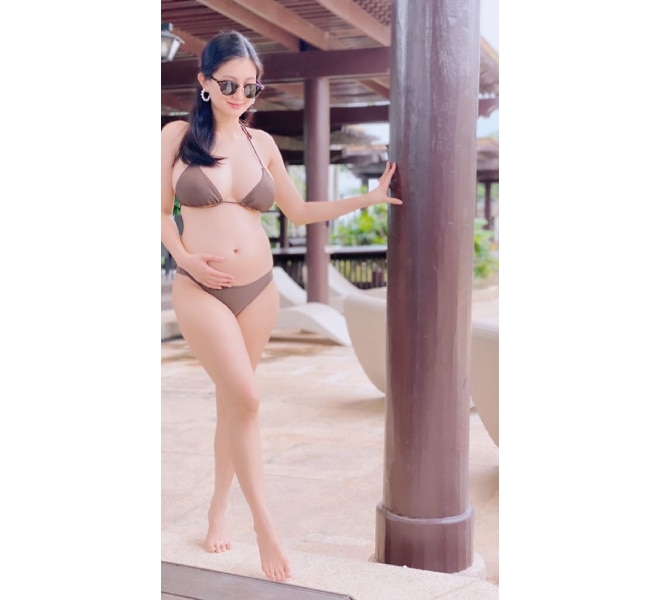